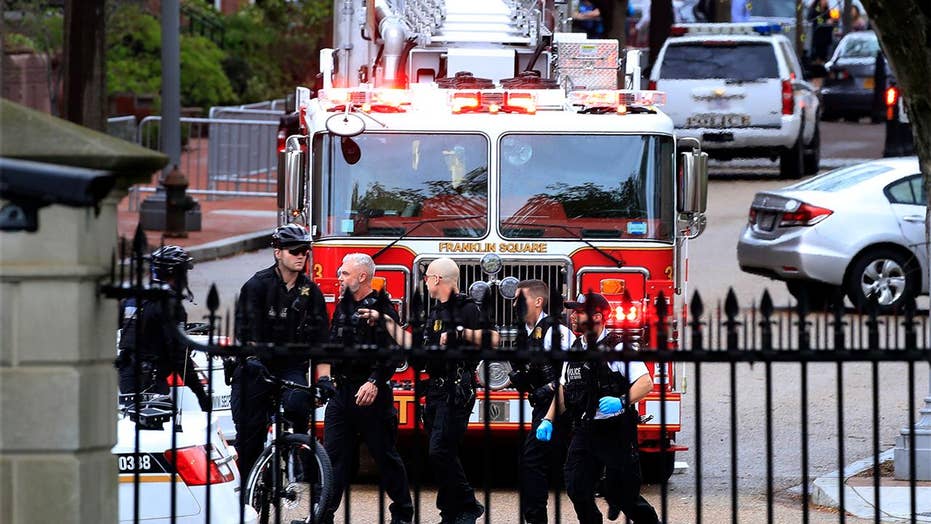 Man lights his jacket on fire outside of the White House

Law enforcement officials speculate the man was trying to take his own life outside of the White House by self-immolation.

A man lit himself on fire while just outside the White House on Friday, officials said.

Secret Service agents responded to reports just after 3 p.m. that a man had set himself ablaze while positioned along the White House’s North Fence Line, according to a tweet.

The suspect was “operating an electric wheelchair-type scooter” when officials say he set his outer jacket on fire. He was immediately met with Uniformed Division Officers who put out the flames and administered first aid, the Secret Service said in a separate tweet.

The man was taken to an area hospital, where he was being treated for non-life-threatening injuries. CBS News White House Correspondent Mark Knoller tweeted an image of the suspect being carried away from the scene.

Secret Service agents reportedly cleared the North Lawn, and were canvassing the area for any additional devices that might have been brought to the area. Officials also shut down Pennsylvania Avenue to pedestrian traffic, while additional nearby streets were closed to vehicles.