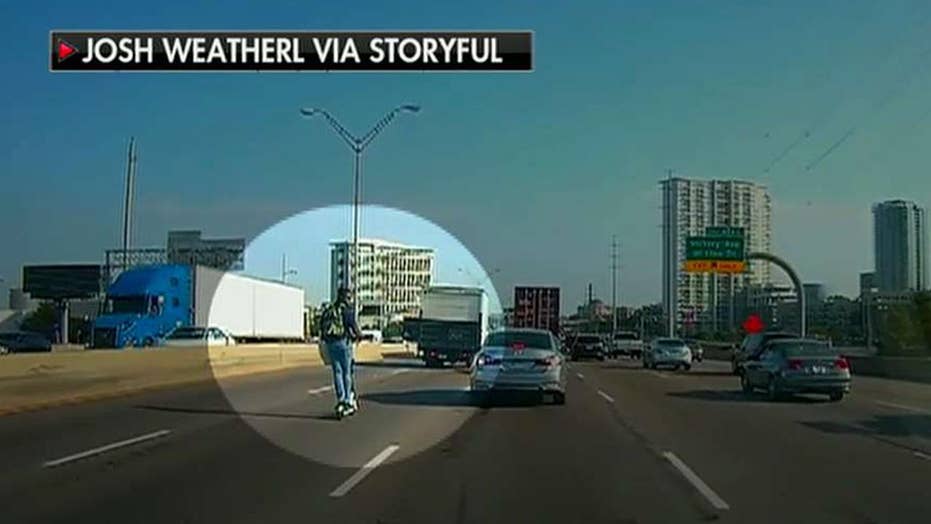 A man was filmed riding down the freeway at rush hour on a motorized scooter.

A daring Dallas rider pushed the limits on a lime-colored Lime electric scooter on Monday, tackling downtown traffic during his morning commute.

The rental -- it promised an "awesome experience, both for you and for the community" -- lived up to its slogan, though perhaps not in the way anyone actually intended.

Dashcam footage captured by a driver, Josh Weatherl, showed a man on his scooter, wearing a backpack and headphones, switching lanes along the I-35, which has a speed limit of 70 mph.

The scooter -- the rides are only permitted on streets with speed limits of 35 mph or lower -- zipped through every lane change, the rider checking traffic behind him each time.

The rider could be seen cruising along the highway around 9 a.m. in the lanes near the American Airlines Center and at the northbound exit for Victory Avenue and High Line Drive.