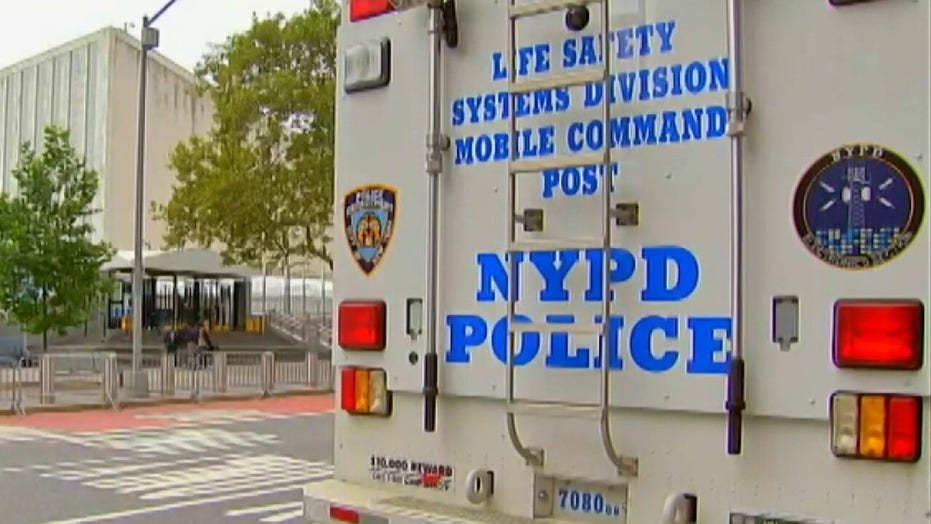 NYPD departures, retirements up 75 percent in 2020 as NYC sees 27 shootings over weekend

A man was killed and three other people were injured in a series of shootings across New York City on Tuesday night, police said.

The bloodshed began at about 6:15 p.m. in the Bronx when a 39-year-old man, and a woman, 27, were shot while seated inside a car at East 216 Street and Olinville Avenue, police and sources said.

The man, who was struck in his chest, was taken to Montefiore Medical Center where he was pronounced dead, police said.

The woman was shot in the torso and hospitalized in stable condition, authorities said.

Sources said a male suspect fled the scene in a white minivan.

About an hour-and-a-half later in Washington Heights, a 37-year-old was shot in the lower back while standing outside a building on West 175th Street, police said.

The victim was taken to Harlem Hospital and is expected to survive.

At about 10:10 p.m. at Brooklyn’s Stuyvesant Gardens Houses, a 19-year-old woman shot in once in the foot during a hail of gunfire, police and sources.

The alleged shooter, a 19-year-old man, was arrested, police said. Charges against him were pending as of early Wednesday.

Police recovered a firearm and the scene, along with 17 shell casings, sources said.