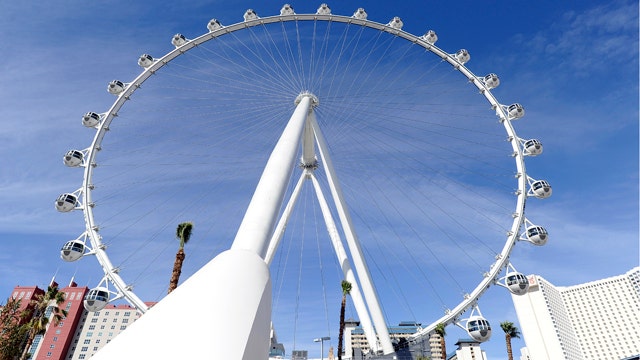 A 23-year-old man died Friday after falling down the stairs of the High Roller observation wheel above the Las Vegas Strip, according to reports.

The man was “running around on the loading area” when he fell 50 feet, Metropolitan Police Department Lt. Richard Meyers said. He was taken to a hospital where he was pronounced dead.

The incident appeared to be accidental, Fox News affiliate KVVU-TV reported. The ride remained open Friday night, but the area nearby along with a zip line ride was closed, Meyers told the Las Vegas Review-Journal.

The High Roller stands 550 feet above the Las Vegas Strip and offers guests sweeping panoramic views of the city. It takes 30 minutes for the wheel to complete one revolution and is equipped with 28 cabins.