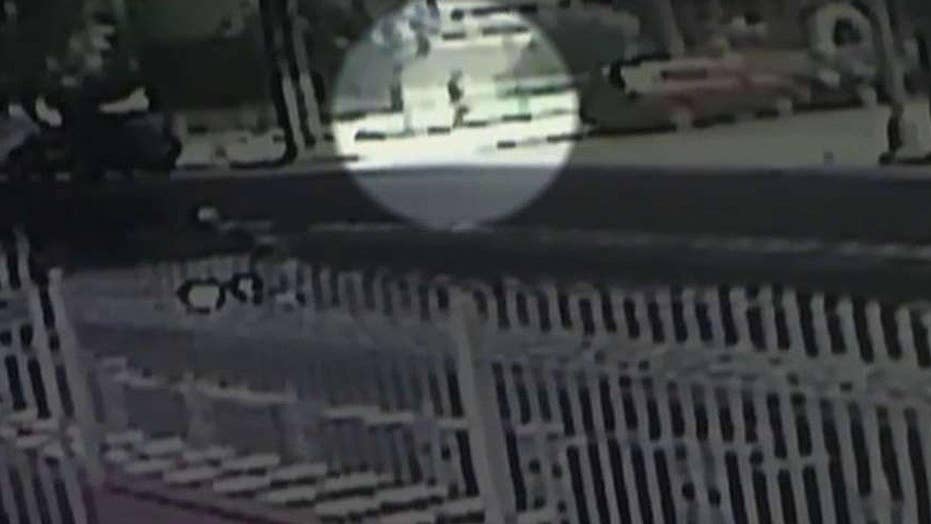 Police questioned a man Sunday evening in connection with the shooting death of a New York City imam and his associate, but officials told Fox News that man is not considered a suspect in the murders.

The man was brought in for questioning on an unrelated matter and queried about the imam's death, authorities said. That unnamed man remained in custody Monday morning in connection with the unidentified unrelated matter.

Police told Fox News there had been no arrests in the imam murder case as of Monday morning.

Imam Maulama Akonjee, 55, and his associate Thara Uddin, 64, were killed near the Al-Furquan Jame Masjid mosque in Queens as they left afternoon prayers on Saturday in their traditional religious garb. Both men were shot in the head.

Surveillance video shows the gunman pumping rounds into the two men in Ozone Park at around 2 p.m. Police sources told The New York Post that they believe the murderer “knew the imam and knew his schedule.”

Police released a sketch early Sunday of a dark-haired, bearded man wearing glasses. Police said witnesses described the shooter as a man with a medium complexion.

Investigators have yet to establish a motive for the shooting.

Deputy Inspector Henry Sautner said Saturday there was “nothing in the preliminary investigation to indicate that they were targeted because of their faith." Akonjee was carrying about $1,000 in cash that was not taken during the shooting, police said. Akonjee's son, 21-year-old Naim Akonjee, said it wasn't uncommon for his father to carry that amount of money.

Naim said his father first worked as an imam in the Bronx before working at two mosques in Queens.

"He always wants peace," Naim said of his father through tears. "Why did they kill my father?"

Fox News' Laura Ingle and The Associated Press contributed to this report.