A Houston jury convicted a man of killing six members of his ex-wife's family Thursday, rejecting his insanity defense.

Attorneys for Ronald Lee Haskell argued that he had heard voices in his head telling him to kill members of the Stay family in 2014. Prosecutors said Haskell, 39, had planned to kill anyone who helped his ex-wife Melannie Lyon after she left him. 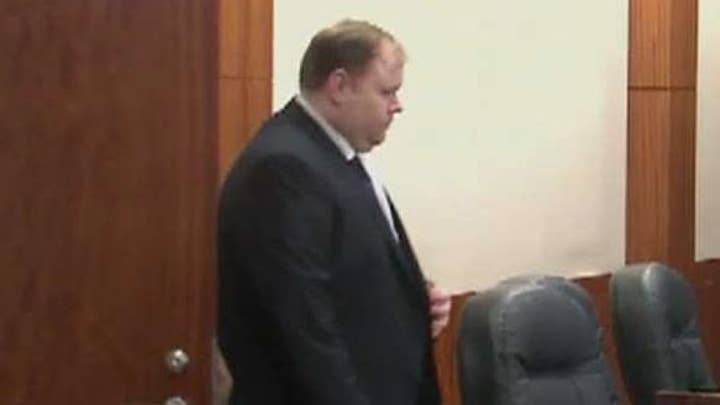 Those killed include Stephen Stay, 39, and his 34-year-old wife Katie, along with their children, Zach, 4, Rebecca, 7, Emily, 9, and 13-year-old Bryan. Katie Stay was Melanie Lyon's sister.

Cassidy Stay, who was 15 at the time of the shootings, survived by playing dead after she was shot in the head. She testified that Haskell forced everyone in the Houston home to lie face down in the living room before shooting them. He subsequently tried going to the home of his ex-wife's parents and brother but was arrested by police.

A forensic psychiatrist who testified for the defense said Haskell suffered from severe mental illness that prevented him from knowing right from wrong. The psychiatrist testified Haskell was suffering from a form of bipolar disorder, a brain condition that causes unusual shifts in mood, and from schizoaffective disorder, a condition characterized by hallucinations or delusions.

In Texas, an insanity defense is rarely used and seldom successful.

Lyon testified that Haskell physically abused her and their children. She eventually took them and moved to Texas from Utah to be with her family after the couple divorced.

Prosecutors claimed Haskell faked symptoms of mental illness and had carefully planned the killings, disguising himself as a FedEx delivery driver to gain entry into the Stay family's home.

“We are grateful for the jurors’ rapt attention over the last many weeks to every piece of evidence in the case,” Harris County District Attorney Kim Ogg said in a statement. “There was never a reasonable doubt that Haskell meticulously planned and carried out the slaughter of the Stay family.”

Jurors deliberated for eight hours over two days before coming to a verdict. The trial's penalty phase is scheduled to begin Monday. Prosecutors are asking for the death penalty.