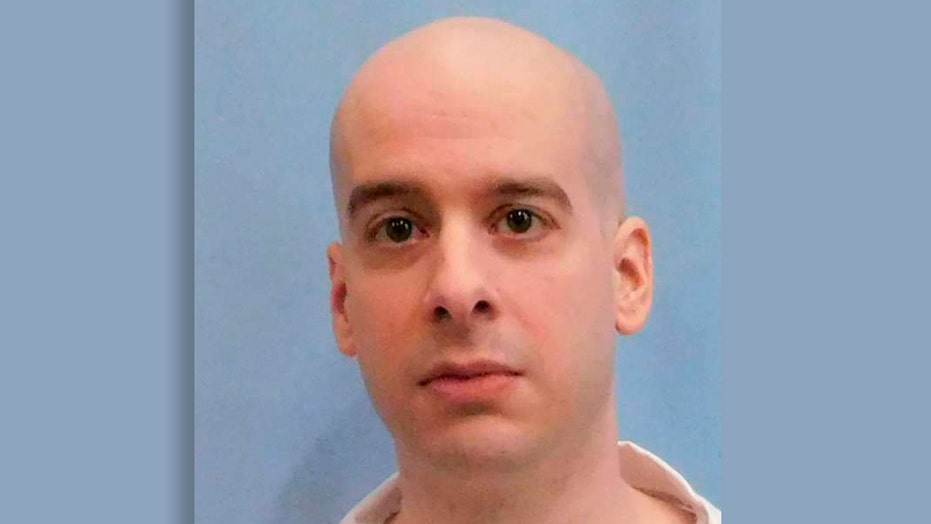 MONTGOMERY, Ala. – An Alabama man who was sentenced to death after killing four people, including two young girls, more than 20 years ago in a dispute over a pickup truck is set to be executed Thursday evening.

Samra was convicted of capital murder after prosecutors say he and friend Mark Duke planned the killings of Duke’s father and his father’s girlfriend and two young daughters. Evidence showed that Duke wanted to commit the murders because he was angry that his father wouldn’t let him use his pickup truck.

MAN FACES EXECUTION FOR KILLING WIFE DECADES AGO IN MEMPHIS

Duke killed his father with a gunshot to the face and Samra shot Hunt. She survived and fled to another part of the house but was killed when Duke found her in the bathroom hiding. Because the two teens had run out of bullets, court documents say they used a knife to cut the throats of Chelisa and Chelsea.

Michael Brandon Samra, 41, is scheduled to receive a lethal injection at the state prison at Atmore. (AP)

Samra was said to have held down the 7-year-old girl while she begged for mercy before he killed her.

Duke’s life sentence was overturned because he was only 16 at the time of the crimes. Samra, who was 19, was denied an extension by the U.S. Supreme Court while the Kentucky Supreme Court continues to consider whether anyone younger than 21 at the time of a crime should be put to death.

Gov. Kay Ivey hasn't acted on a request for a reprieve on the same grounds.

In a letter to the governor seeking mercy for the inmate, Samra's lawyer said his client confessed to the slayings, expressed remorse and participated only at Duke's request.

Two other men who were teenage friends of Samra and Mark Duke at the time of the killings served prison sentences for lesser roles. David Layne Collums and Michael Lafayette Ellison, both now 39, were accused of helping plan and cover-up the slayings.