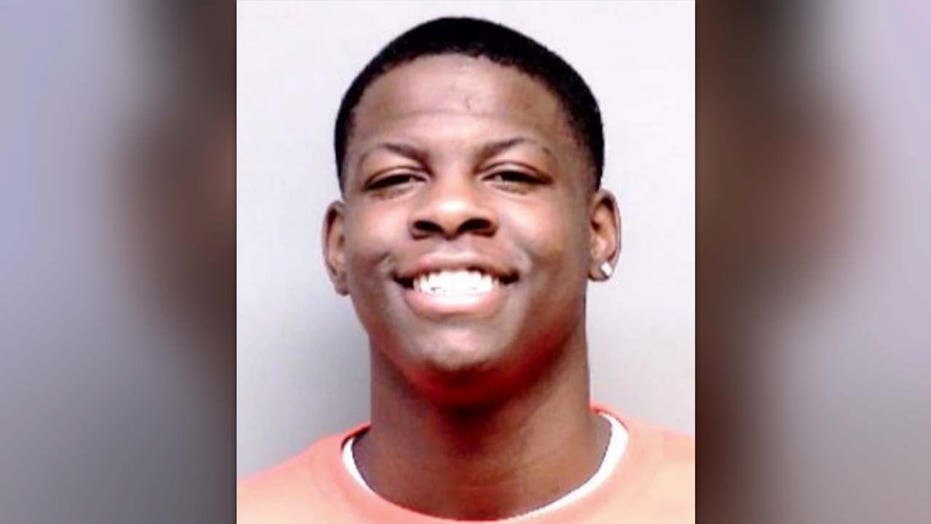 Michigan authorities have charged an 18-year-old black man for the “unprovoked,” caught-on-video assault of a white Macy’s manager, officials said.

Damire Palmer, of Mount Morris Township, faces one count of felony assault with intent to do great bodily harm less than murder for the June 26 attack on the employee inside the Flint department store. Palmer is still in the wind.

“This was an unprovoked attack on a Macy’s employee,” said Genesee County Prosecutor David Leyton in a statement. “This behavior as seen on the video is unacceptable, it is criminal, and it cannot be allowed.”

Damire Palmer, of Mount Morris Township, faces one count of felony assault with intent to do great bodily harm less than murder for the June 26 attack on the employee inside the Flint department store. (Flint Township Police Department)

“We don’t believe any racial slur was made by the store manager,” Leyton said.

In surveillance video that prosecutors obtained from Macy’s, Palmer walks around the store then approaches the manager from behind and clocks him in the head, knocking him to the floor, officials said.

While the manager is on the ground, Palmer pummels him, the footage shows, according to authorities. Palmer then exits the store with his brother.

In the cellphone footage that went viral, the Macy’s staffer is shown wearing a mask and speaking on a cellphone when a black man punches him from behind and he drops to the floor. “What are you doing that for?” the manager asks then tries to crawl away. “I’m sorry,” the staffer says, cowering on the ground, before Palmer lands two more blows.

Prosecutors said there was not enough evidence to support a hate-crime charge.

If convicted, Palmer faces up to 10 years in prison. Authorities do not plan to charge his brother, who allegedly filmed the attack, since they don’t believe he committed a crime, a source told The Post.