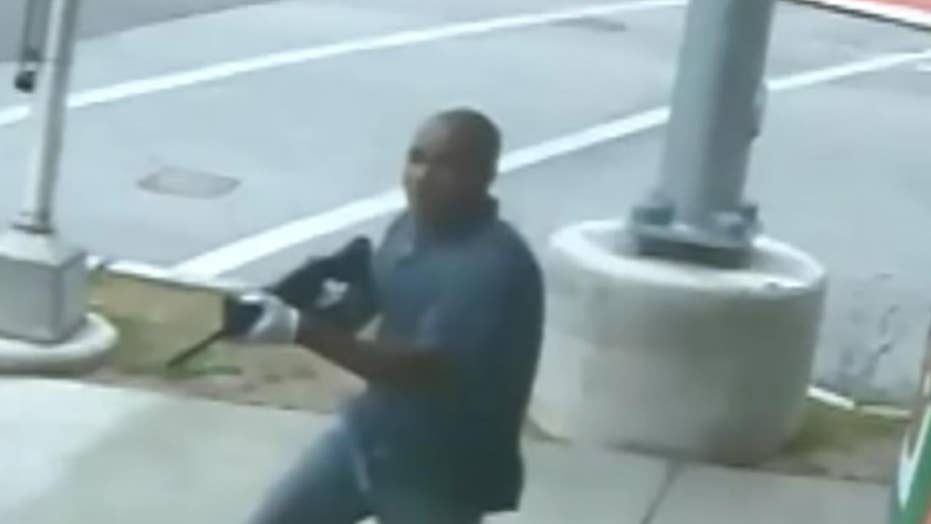 A man suspected of killing two people when he and another gunman allegedly opened fire outside a St. Louis convenience store back in 2016, was charged with murder Wednesday.

The attack left about 60 shell casings in the surrounding area, police said.

Authorities in Kentucky recently arrested Chester on suspicion of impaired driving, and he is expected to be extradited to Missouri to face the murder charges, the station reported.

One of two suspects is seen in a screen capture from a security camera video released by police this week in connection with a 2016 double homicide. (St. Louis Metropolitan Police)

No information was available on possible other suspects.

Surveillance video released by the St. Louis Metropolitan Police Department shows an SUV pull up to a Moma Minnie’s Market convenience store on July 4, 2016, and two men getting out and entering the store. A Dodge Charger pulls up and two men armed with rifles get out and begin shooting.

Killed in the attack were Samuel Jackson, 31, and Jamie Conner, 21. A third victim recognized one of the shooters as “D-Blood,” whom authorities say is Chester.

A fourth person is seen fleeing the area but it’s unclear if that individual was struck by gunfire.