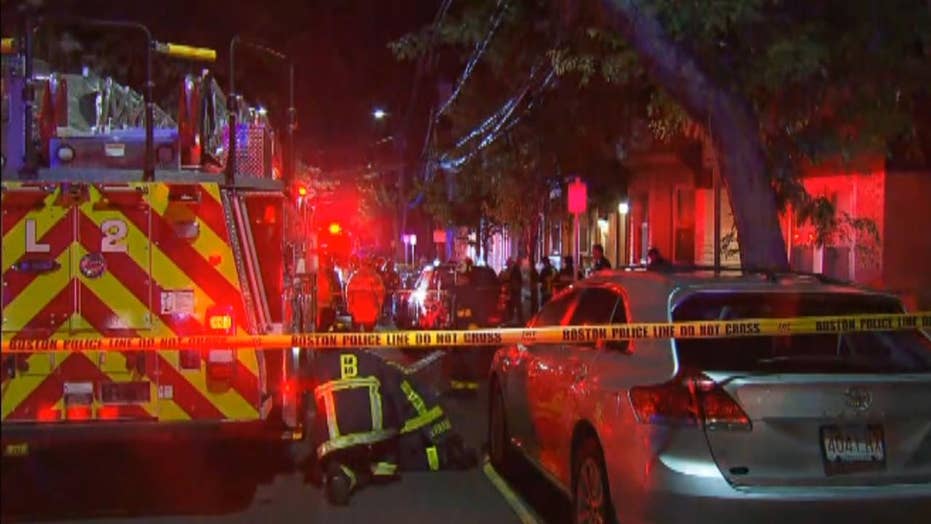 Raw video: Police, bomb squad on scene after blast rocks apartment in Boston where investigators found a stash of weapons.

A Boston man with a cache of weapons and bomb-making materials was arraigned on multiple charges from his hospital bed Monday in connection with a weekend apartment explosion, police said.

Mikula was arraigned from a hospital bed as he recovers from burns suffered in the explosion, Boston 25 News reported. He was being held on $20,000 cash bail and will have to wear a GPS monitor. He was the only one hurt in the explosion

Mikula was tinkering with chemicals when they “blew up in his face” and set off an explosion that ripped through his East Boston apartment Sunday night, Boston police Commissioner William Evans said.

Police said the blast was so powerful it blew out several windows on the second floor. Responding officers discovered the building with major internal and structural damage, Boston 25 News reported.

Authorities discovered multiple handguns, a rifle and air rifles along with bomb-making materials, according to the station. Mikula reportedly initially told first responders he was walking his dog and when he came back to his home, he turned on his computer and it exploded.

Evans stressed that Mikula had no known links to terrorism, according to the Boston Herald.

Investigators were going through Mikula’s personal belongings to try and get a feel about what he may have been up to, Boston Mayor Marty Walsh told Boston 25 News.

“I know they'll investigate everything about the person and probably look at emails and things like that to see if there is anything that says anything,” he said.