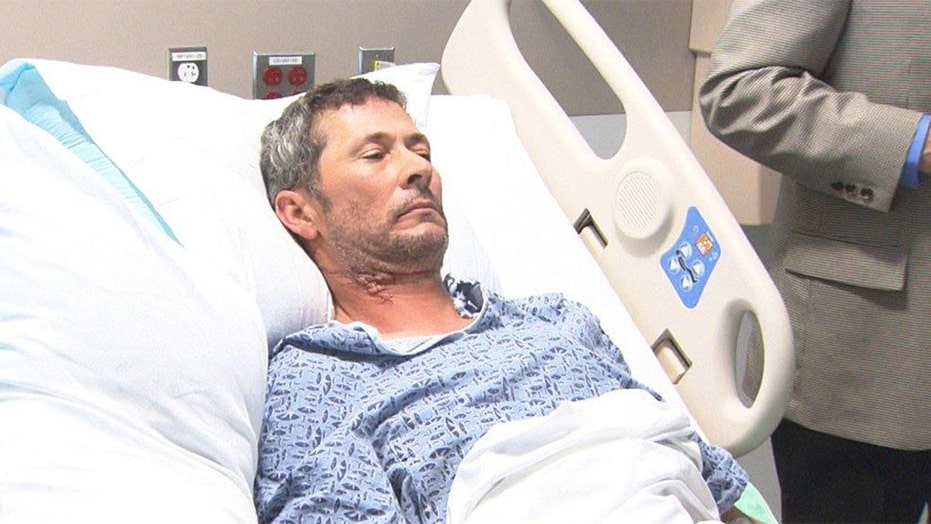 A man accused of stabbing his wife to death in their Massachusetts apartment could face deportation after an immigration detainer was placed on him.

Ilton Rodrigues, a 48-year-old citizen of Brazil, is accused of brutally stabbing his wife, Telma Bras, 43, inside their Stoughton apartment on Friday in front of their two children.

He pleaded not guilty to a charge of murder Monday during an arraignment from a Boston-area hospital, where he has been after attempting to take his own life after the alleged killing, Boston 25 reported.

MASSACHUSETTS MAN CHARGED WITH ILLEGALLY FLYING HELICOPTER OUT OF HIS BACKYARD

U.S. Immigration and Customs Enforcement said they placed an immigration detainer on Rodrigues and will seek to deport him after the criminal charges against him end. The agency did not immediately say when he first arrived in the U.S.

Ilton Rodrigues, a 48-year-old citizen of Brazil, is accused of brutally stabbing his wife Telma Bras, 43, inside their Stoughton, Mass., apartment in front of their two children. (WBZ Pool)

Police said they received a 911 call after the couple’s 17-year-old daughter called a family member during the incident.

When they arrived, officers found Bras in the living room, dead from apparent stab wounds. Rodrigues was nearby with a knife protruding from his body and injuries consistent with a suicide attempt, prosecutors said.

The 17-year-old and a 7-year-old boy were in the home at the time of the attack. They were not injured.

Rodrigues was taken to a Boston hospital with life-threatening injuries. There he underwent surgery and remains in police custody.

He is slated to appear in Stoughton District Court on June 11.