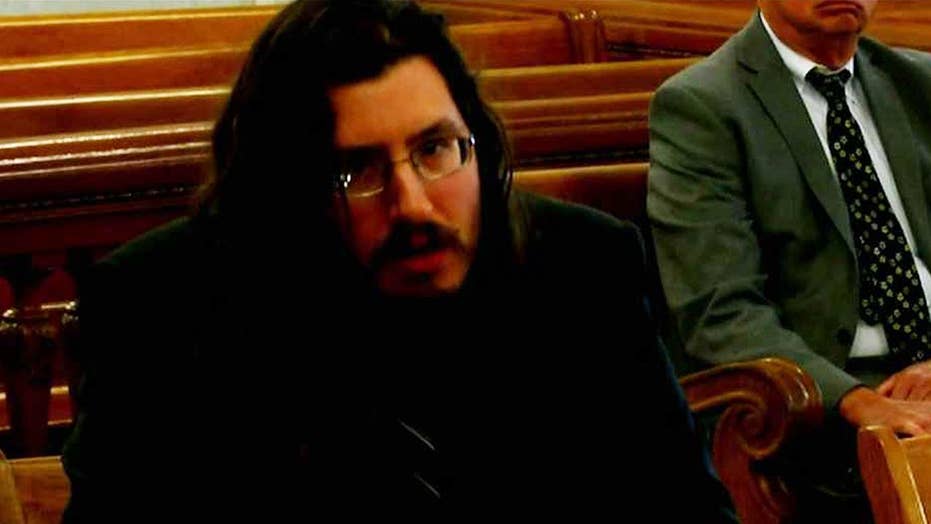 A 30-year-old man who was ordered by a judge to vacate his parents’ New York home after living rent-free for nearly a decade said Tuesday his bitter custody battle for his son led to his strained relationship with his mother and father.

State Supreme Court Justice Donald Greenwood ruled it was time for Michael Rotondo to move out of the Camillus home where his parents, Christina and Mark Rotondo, live. The parents brought their son to court after spending three months trying to kick him out, to no avail.

“I am just so outraged,” Michael Rotondo said outside the courtroom.

A New York couple is so desperate to get their 30-year-old son out of their house that they asked the court for help. (Google Maps)

Rotondo, who dropped out of college because he "couldn't hack the math," opened up to the Daily Mail about his strained relationship with his parents that began after he lost custody of his son, whose name and age was not revealed. He didn’t say why he lost custody, but added he’s a “great father.”

The 30-year-old began living in the house about eight years ago, when his son was born and he lost his job. He now claims he runs a “successful business” – though hasn’t disclosed what business it is.

NEW YORK MAN, 30, IS ORDERED TO VACATE PARENTS' HOME AFTER REFUSING TO LEAVE FOR MONTHS

He said after losing the court battle in September, his parents told him he needed a job and health insurance if he was going to live under their roof. By then, Rotondo had filed an appeal as a “poor person” to get his court fees waived.

Rotondo refused his parents' request because he was focused on getting custody of his son. The couple offered to pay his health insurance, but he also turned down the money so his “poor person” status wouldn’t be compromised.

On Feb. 2, the parents penned their first note, saying Rotondo had two weeks to vacate his room and he “will not be allowed to return.” The couple added that they will do whatever it takes to get their adult son out of their house, CNYCentral reported.

Rotondo took the threat lightly, prompting his parents to write four more letters demanding him to move out. They attempted to provide incentives — including $1,100 to look for a new home, life advice and 30 days to vacate — before they filed a petition earlier this month in the Supreme Court of New York State to get their son kicked out.

Rotondo presented many arguments in court on Tuesday, saying he did his own laundry and bought food for himself. He also said he was never expected to do chores or contribute to household expenses.

He then argued he was entitled to a six-month notice before the move-out date. The judge called it “outrageous” and still ordered his immediate eviction, though a move-out date hasn’t been set yet.

"It seems to me like I should be provided with, you know, 30 days or so, because generally you get 30 days after you're found, you know, to have to vacate the premises," Rotondo told reporters. "So I'm expecting something like that. But realistically, if that's not the case, I don't know."

The determined son, who turns 31 in July, said he’s looking to appeal the decision.