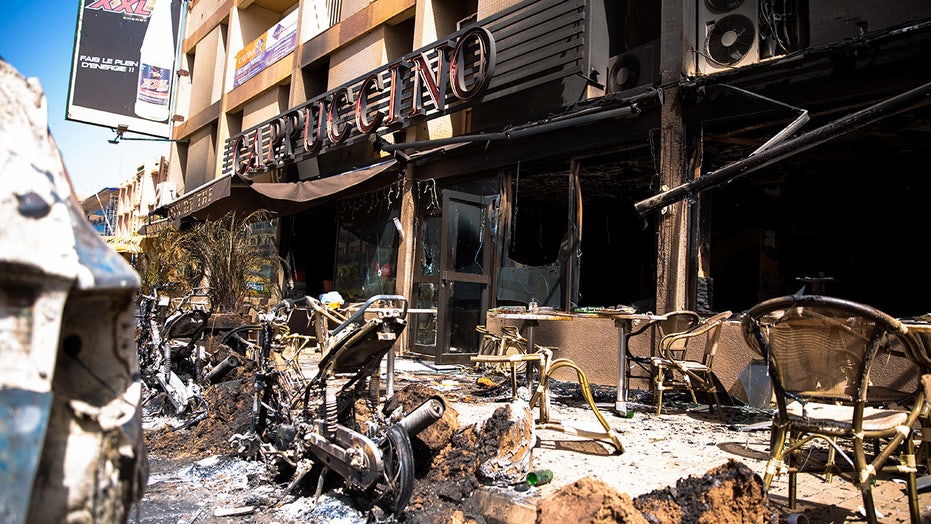 A Malian man was charged in U.S. federal court this week with playing a role in two 2016 terror attacks in West Africa that killed an American missionary and 29 other people.

Mimi Ould Baba, 32, scouted attack locations for Al Qaeda in the Islamic Maghreb and arranged the transport of assault rifles and hand grenades used in the attack on a hotel and cafe in Burkina Faso's capital of Ouagadougou, authorities alleged in a criminal complaint.

The shooting killed 45-year-old Michael J. Riddering, an American missionary who had been eating dinner with a local pastor at Café Cappuccino when the attackers opened fire with AK-47s.

The attack lasted for nearly 12 hours and killed people from 18 different countries, including the wife and young daughter of the Italian cafe owner, two French citizens, two Swiss citizens and six Canadians. All three gunmen were killed.

FRANCE’S MACRON: IF TRUMP PULLS US MILITARY OUT OF AFRICA, IT WOULD BE ‘BAD NEWS’

The criminal complaint says U.S authorities interviewed Baba in 2017. The document says Baba "did not consider himself a jihadist but was willing to assist Al Qaeda for monetary reasons."

Riddering managed a yacht outfitting company in Florida before he and his wife, a graphic designer, sold their possessions in 2011 to move to Burkina Faso, where they ran an orphanage, school, clinic and women's center housing dozens of children and widows. He was buried in Burkina Faso.

Baba, 32, was captured in 2017 in Mali, where he remains in custody and is being prosecuted. Mali has no extradition treaty with the United States.

“We fully support the Malian investigation and prosecution of Baba and will continue to work with the authorities there to pursue our shared goal of holding Baba accountable for his crimes,” Assistant Attorney General for National Security John C. Demers said in a DOJ press release.