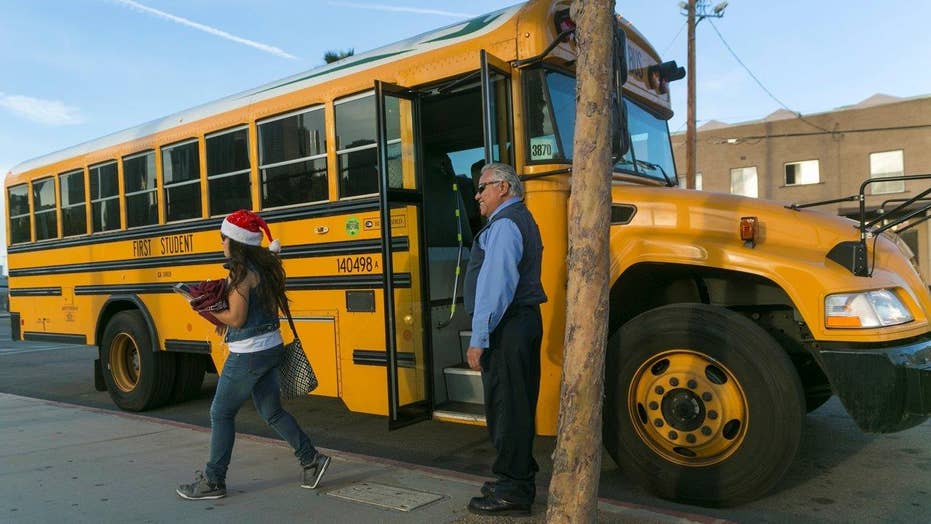 New terror threats made against school districts across US

The owner of the email service that was used to send anonymous threatening emails to the Los Angeles and New York school districts earlier this week is reportedly working with authorities to determine who exactly sent those emails.

The Portland Herald Press reports Vincent Canfield, 21, is the person who runs the email service. Canfield told the paper Friday he has provided law enforcement officials with information regarding the investigation into the emailed threats which prompted the L.A. schools to shut down for the entire day on Tuesday.

New York schools decided to stay open before authorities said the email appeared to be a hoax. Nearly 640,000 Los Angeles students were held out of classes and the district lost nearly $29 million in state funding, officials said.

Canfield, who very recently moved from Maine to Romania, called the threats “despicable.”

“It’s an unfortunate reality that in the last couple months, my site has been used more and more for abuses of this type,” Canfield said. “The last two years my site has run and not a single request from law enforcement has come for user data until November of this year and since then, I’ve received five. It’s really annoying.”

Canfield lived in Augusta for two years before moving to Bucharest, Romania. He said because he is a network administrator, he can do his job from anywhere in the world. Bucharest apparently has a faster and more inexpensive internet. He said he makes no money from the service, but is paid for controlling other networks.

He told the Press Herald he founded the email service two years ago when people want to know if they could use his email domain name. His service now boasts more than 62,000 subscribers. Canfield said his computers retain seven days’ worth of data on a particular account, including when and where the user logged in, where the user sent email and where it was received from.

“I had no idea it would get as big as it’s gotten. Certainly I had no idea I’d be the focus of this media attention because people have used my site in this way,” he said.

Canfield told the San Francisco Chronicle that he thinks authorities believe the same person who sent the threatening email to Los Angeles also sent the email to New York.

Canfield received a subpoena from New York City authorities on Tuesday for records about the origins of the email threat against the district. He told the Press Herald he complied with the subpoena.

Canfield has said his attorney is Jesselyn Radack, who has also represented Edward Snowden in the whistleblower case.

He hopes the abuses of his email service stops.