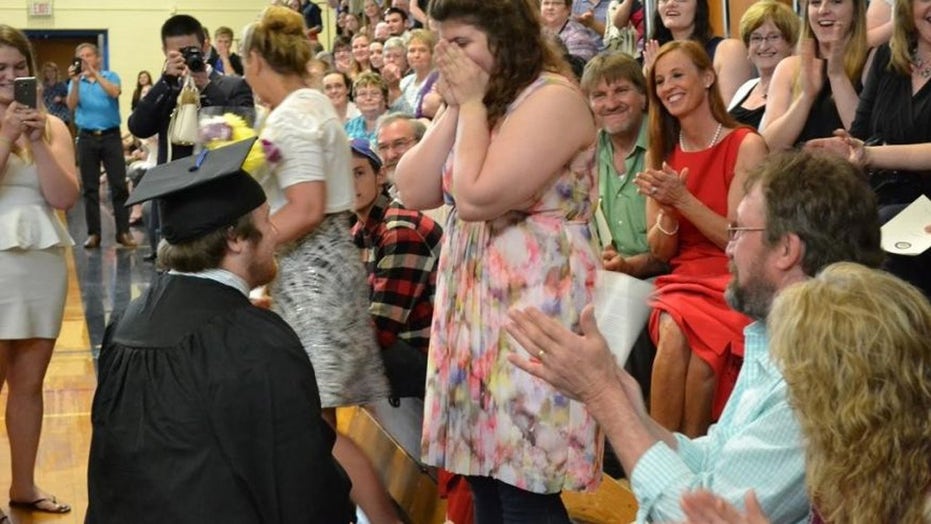 A graduating college student called to the commencement stage in Maine congratulated his peers then stunned them. Physical education major Timothy Babine announced he had something important to do, then left the stage to propose to his girlfriend in the audience.

Officials at the University of Maine at Presque Isle say fine arts major Hayley Hamilton to burst into tears Saturday as Babine dropped to one knee to pop the question. Hamilton shook her head to indicate "yes." The crowd cheered.

Babine had prefaced the act by saying from the stage that he had "a special someone here" and something important to do.

College President Linda Schott had been in on the surprise, as was Babine's family. Hamilton says she was stunned.