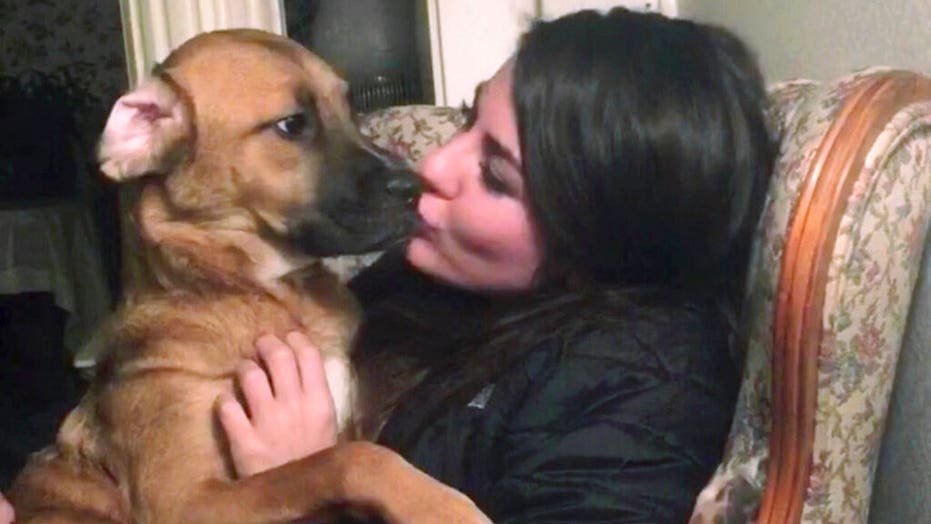 A woman in Maine has asked the state's supreme court to declare her the rightful owner of her best friend — a dog she shared with her ex-boyfriend.

Jessica Sardina, 25, is seeking custody of Honey, a 4-year-old labrador-boxer mix after she and her ex, Kelvin Liriano, also 25, broke up. She asked the Supreme Judicial Court to affirm the pup is hers, and has challenged the idea that pets shouldn't be treated as property when a relationship ends.

Sardina claims that she's the one who cared for the dog during the relationship, and has said Honey "means the world" to her.

A lower-court judge ruled that Liriano is Honey's sole owner, because he signed the adoption paperwork. Liriano's attorney argues there's no legal precedent for treating pets as anything other than "property," and said that both his client and Sardina cared for the dog when they were together.

Jessica Sardina is fighting for custody of a dog named Honey, pictured here, that she shared with her ex-boyfriend.<br data-cke-eol="1"> (Samantha Sardina via AP)

Leigh Saufley, Chief Justice of the Maine Supreme Judicial Court, said she understood how the case tugs at heartstrings but, according to the Bangor Daily News, asked: "Is this really what we want judges in this state to spend their time on?”

Pets are considered "property" in all 50 states, and only three states — Alaska, Illinois and California — have specific laws that address pet custody when a marriage dissolves, Marcia Kramer, of the animal advocacy group National Anti-Vivisection Society, told The Associated Press.

No states have a statute dealing with pets when an unmarried couple breaks up.

The Animal Legal Defense Fund advises online that if you're involved in a breakup and you're trying to gain custody of your pet, "most courts will award custody based on who is determined to be the animal’s legal owner."

Because pets are considered property, courts might base ownership on who adopted or purchased the animal.

The organization says that providing proof that you took care of the pet — ranging from receipts for grooming, food or veterinary care - are helpful in a custody battle, as well as talking to people who know your relationship with your pet — neighbors who have seen you walking it, friends who know your dedication to the animal.