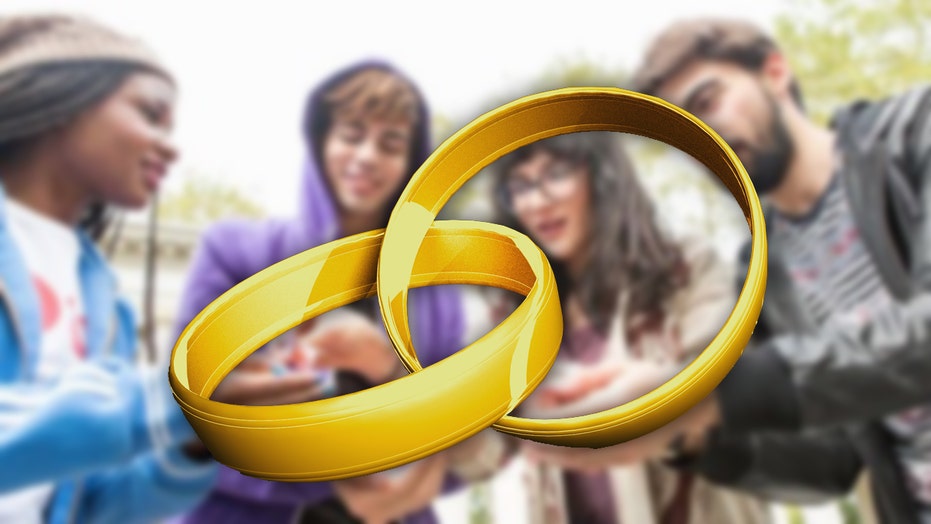 Millennials and the institution of marriage

People say marriage requires work — and those who have been married for any length of time would heartily confirm that. That’s partly why the marriage success rate isn’t very high.

Nearly half of marriages end in divorce in the United States, according to the Marriage Psychological Association. What is causing these marriages to fail? And what can be done to prevent it?

Kirk Cameron, best known for his role in the TV sitcom “Growing Pains,” is traveling the country on the “Love Worth Fighting For” Tour, which features music by Warren Barfield. The live event is based on the film “Fireproof,” released in 2008. The film, which Cameron starred in, told a story about the need to fight for love and marriage.

“Love Worth Fighting For” is essentially the real-life version of the movie, with the goal of helping couples across America strengthen their relationships.

“You are going to have to fight to make it work,” said 45-year-old Cameron, a California native. He’s been married for 25 years to his “Growing Pains” co-star Chelsea Noble. They have six children.

"A lot of people struggle in marriage and they say the problem is money or communication or trust," he said. "But selfishness creeps in ... You're marrying somebody whose greatest challenge is selfishness, and marriage is the school where you learn to be less selfish."

Selfishness seeps into many facets of today's culture — and it's certainly the case with marriage, but Cameron says none of us can do it alone. This is about working with God.

"Marriages never fail. People fail," he said. "Marriage is a great institution designed by God ... and it's perfect. People fail to follow the instructions. Husbands fail to love their wives; wives fail to respect their husbands. And ultimately it comes down to selfishness between the two of them."

Another issue, particularly in today's culture, is how divorce and broken marriages affect the children of the family.

"When couples get divorced, often parents don't realize it's the children who bleed most," said Cameron.

But God can heal even in these most dire of circumstances, he said.

"When you get in partnership with God and you throw out instructions for marriage and you just follow Him, you realize you don't have to be a prisoner of the mistakes your parents made. You can be the first link in a brand new chain."

Cameron did not grow up Christian himself — he converted in his teen years, when he was on "Growing Pains."

He explained that he went to church with a friend and "heard a message that really got me thinking [and] asking a lot of questions about God and religion. I started going to church a little more and getting some answers to my questions and someone gave me a Bible. I got thinking about the fact that one day I would die and I would find out if there was a God. And if there was a heaven, I would not be going there because of the way I treated God as an atheist."

He added, "I remember just praying, 'God, if you are there, would you show me? I really want to know. I'm really interested and I want to be the person you created me to be if you created me.' That was the beginning of my journey to knowing God and walking with the Lord."

"Love Worth Fighting For," is helping to heal even deeply struggling marriages.

"We've had couples who have come [to the event] who are on the brink of divorce," said Cameron. "But they have left saying, 'We're going to tear up our divorce papers. We're going to fight for our marriage.' We even had a couple come who were divorced 10 years ago. They never remarried, but they came [to the event] as friends. And after it, they said, 'You know, we are going back and marrying each other again. And we're going to get this right.'"