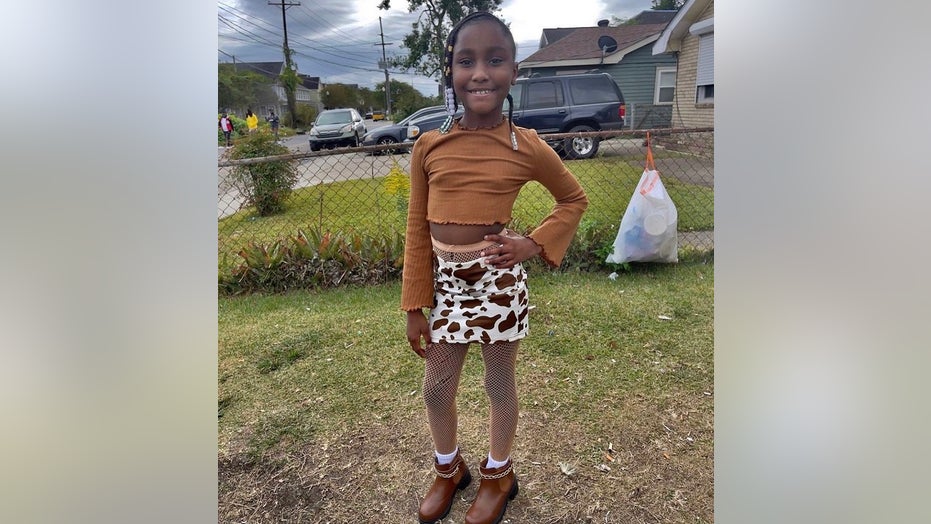 A 7-year-old Louisiana girl was shot and killed over the holiday weekend in New Orleans while riding in a car with her mother and sibling, police said.

Dillan Burton was shot in the back around 8:45 p.m. Sunday as her mother was driving through an intersection, police said.

The woman heard the gunfire and called the police. The child was taken to a hospital where she died, NOPD Superintendent Shaun Ferguson said.

The child was identified to FOX affiliate WVUE-DT by a family member.

The .mother and other child were not injured. Authorities are investigating but no arrests have been made and no motive has been disclosed.

"As a City, as a community — we reject this. How often have we said ‘one is too many?’ This one, alone, is too much. This child deserved better of us," the statement said. "Somebody out there knows who pulled the trigger. We need them to come forward. The NOPD is devoting the full force of our resources to holding this shooter accountable --- and we will demand the same of our partners in the Courts and at the DA’s office.

"This is a time for us to come together," they wrote. "This will not be tolerated by us as leaders of our City, or our people."

New Orleans experienced a bloody Christmas weekend that saw two men killed, according to the news outlet. The city has already surpassed 200 homicides in 2021, one of the highest totals in recent years.

A 7-year-old girl was killed while riding in a car with her mother and sibling, New Orleans police said. City leaders called the fatal shooting "unbearably tragic." (NOPD)

"What I’m concerned with is the lack of respect for life," Ferguson told reporters. "What can a 7-year-old have possibly done to be a victim of such a heinous crime?"