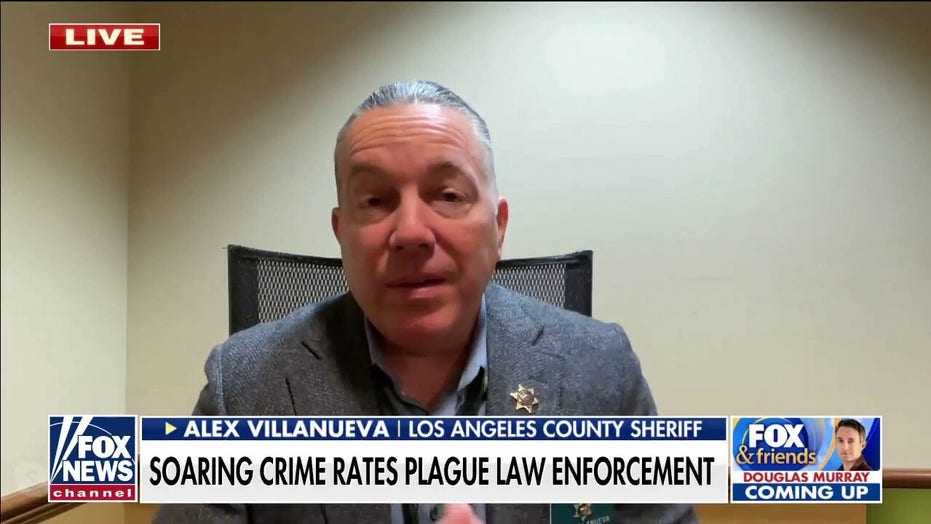 Los Angeles Sheriff Alex Villanueva has been scheduled to testify under oath on Friday regarding alleged gang-like groups of deputies accused of operating within the department for years.

Villanueva’s attorney, Linda Savitt, told the Los Angeles Times Wednesday the sheriff "has been ordered" to testify regarding the alleged gang-like groups after the 2nd District Court of Appeals denied his most recent challenge to a more than a year-old watchdog subpoena and he, therefore, "will do so."

Los Angeles Superior Court Judge Malcolm Mackey ruled weeks ago that Villanueva must testify under oath before the Office of the Inspector General on the topic of so-called deputy gangs within 21 days.

Max Huntsman, the inspector general appointed by the Los Angeles County Board of Supervisors to oversee the sheriff’s department, issued a subpoena for Villanueva’s testimony under oath in February 2021, but the sheriff had consistently dismissed it as politically motivated in nature.

The inspector general’s office detailed in a 2021 report that leadership at the Los Angeles County Sheriff’s Department "vehemently objects" that certain drinking groups, intramural sports teams or social clubs qualify as criminal street gangs and instead "promote comradery, not criminal activities." But the watchdog countered that the department "has a long history" of deputies forming "secret subgroups" at stations in Latino, Black or other minority communities, some of which have tattoos, hand signals and "rituals that are similar to a criminal street gang."

The inspector general’s office has attempted to catalog at least 18 deputy gangs or subgroups, which have monikers including the Banditos and the Executioners, under the concern that they "foster a culture that resists police reforms, such as community policing or constitutional policing, by encouraging and even celebrating aggressive tactics and excessive use of force against minority communities."

Villanueva agreed to testify in September 2021 regarding the alleged deputy gangs, but Huntsman reportedly cut the interview short when the sheriff refused to answer under oath.

The sheriff has accused the Board of Supervisors of siding with defund police activists and usurping his power on other matters because the sheriff refused to enforce the county’s COVID-19 mandate. Earlier this month, the board approved an ordinance giving the county personnel director, instead of the department heads, the power to discipline or terminate employees.

That means the sheriff no longer has the authority to discipline or fire his own deputies over compliance with COVID-19 rules, and Villanueva criticized the move as jeopardizing the jobs of some 4,000 sheriff’s department employees amid a crime wave and homelessness crisis in Los Angeles.