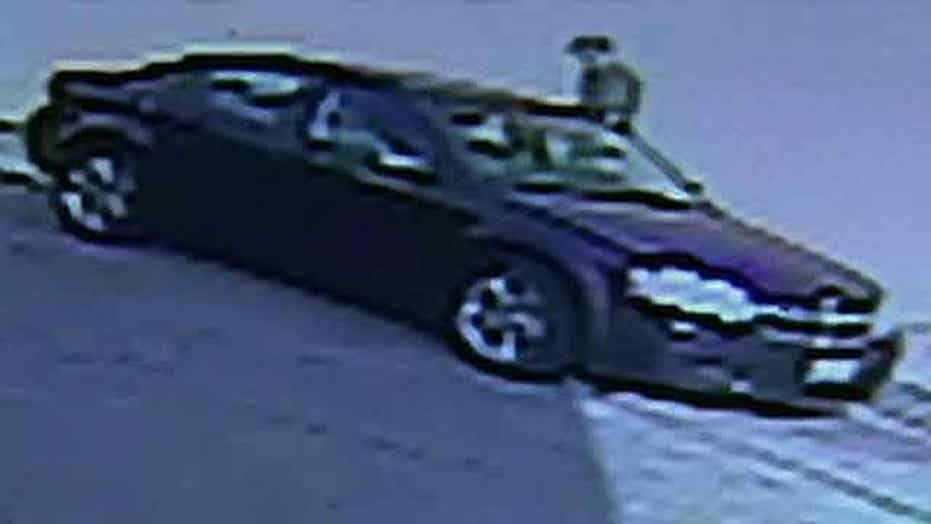 Will Carr reports from California

California police investigating a bloody hit-and-run attack on Venice Beach's boardwalk that left 1 dead and 11 injured say the driver acted alone, but have declined to discuss a motive, only revealing that terrorism does not appear to be a cause.

Authorities have arrested Nathan Louis Campbell, 38, of Los Angeles, on suspicion of murder after he walked into a police station in neighboring Santa Monica in the hours following the attack and said he was involved. He remained jailed Sunday on $1 million bail.

Los Angeles Deputy Chief Kirk Albanese said there was no indication anyone else was involved.

The driver was first seen Saturday parked outside a hotel as he surveyed the boardwalk: Hundreds of people were sitting at cafes, walking along the seashore or shopping at vendors selling jewelry or art.

Then, according to surveillance video, the man got into a large black car, steered around a vehicle barrier and drove through the crowd.

The driver knocked over two mannequins and an ATM and started hitting people, swerving from side to side and often running straight into victims. Video showed the car struck at least three vendors -- a fortune teller, a couple selling jewelry and a woman who does tattooing.

Witnesses said the car was traveling at about 35 to 40 mph along the boardwalk. Many people ran after the car, screaming and cursing as it sped away, said Alex Hagan, a witness.

The driver eventually turned up a side street and headed away from the ocean. The car was later found abandoned less than 2 miles away, police said.

People were "stumbling around, blood dripping down their legs, looking confused not knowing what had happened, people screaming," said Louisa Hodge, who described "blocks and blocks of people just strewn across the sidewalk."

One witness told CBS LA that the driver was "out for blood."

"I was half a mile from the scene, but you could see just this mass of people trying to get out of the way," another witness, Daniel Regidor, told the Los Angeles Times. "Just a lot of people screaming ... It was horrible."

The Italian woman who was killed in the hit-and-run was identified as Alice Gruppioni, 32. Her family in Bologna told the Italian news agency LaPresse that she had been on her honeymoon after a July 20 wedding.

Gruppioni worked as a manager for the family business Sira group, which makes radiators. Her father, Valerio Gruppioni, runs the company and was formerly president of the Bologna soccer team, according to LaPresse.

The family declined to speak to The Associated Press on Sunday.

One minute, Mustafa Balci was sitting in a lawn chair next to his wife at their booth on the boardwalk, enjoying the leisurely summer scene.

The next minute, the couple was lying on the ground along with the other injured after the man in the black car accelerated through the crowd, hitting one person after another as people tried desperately to get out of the way.

The car hit three customers looking at the items, and slammed into Balci's knees pushing him backward, breaking a table, smashing a mirror and scattering everything. His wife, Yesim Balci, was flung 8 feet, tumbling backward and landing face down.

By the time it was over, the driver had covered about a quarter of a mile along the boardwalk before speeding away. The entire incident was over in minutes.

"I couldn't see her when I woke up, I looked up and was like where is she? I yelled, 'Are you around? Are you alive?' She yelled back, 'I'm alive,'" Mustafa Balci said. "I thought both of us would be dead."

Balci, 44, was helped up by strangers who took him over to his wife. The couple were taken along with three others to Cedars-Sinai Medical Center, treated for minor injuries and released.

Yesim Balci, 48, had her ankle taped up, blood seeping through the back, and bruises all over her body. On Sunday, she couldn't raise her left arm.

A day after the attack, the boardwalk featured the typical summer crowd, people on roller blades, beach cruisers, performers and regular vendors. The Balcis were also back at their booth to take stock of their losses.

A broken picnic table was behind them, and a box of their damaged wares in front of them.

They estimated that 90 percent of their goods were broken, at a loss of $6,000 for handmade goods whose raw materials were shipped from Turkey. They don't have any health insurance and aren't sure how they will make up the losses.

"We're not here to work or sell anything, we're here for damage control, to take our stuff and go home and rest," Mustafa Balci said.

Police on Sunday were surveying the same stretch of ground for evidence.

The Venice boardwalk is a cultural hub in a part of Los Angeles known for its circus-meets-gritty-city eccentricities.

The 1.5-mile ribbon of asphalt that runs along the sand a few hundred yards from the ocean is home to galleries, restaurants, tattoo shops, skateboard parks and the famous outdoor weight room known as Muscle Beach.

An elderly driver sped through an open-air farmer's market at a nearby area in Santa Monica in 2003, killing 10 people and injuring more than 70 others.

Venice Beach residents told the Los Angeles Times Sunday that more barriers are needed to keep motorists from getting onto the boardwalk. A few streets that end at the boardwalk already have barriers in place.

L.A. City Councilman Mike Bonin, who oversees the Venice Beach area, agreed with the sentiment but added that any future barriers put in place would have to be installed in a manner that would allow people with disabilities and emergency vehicles to get onto the boardwalk.