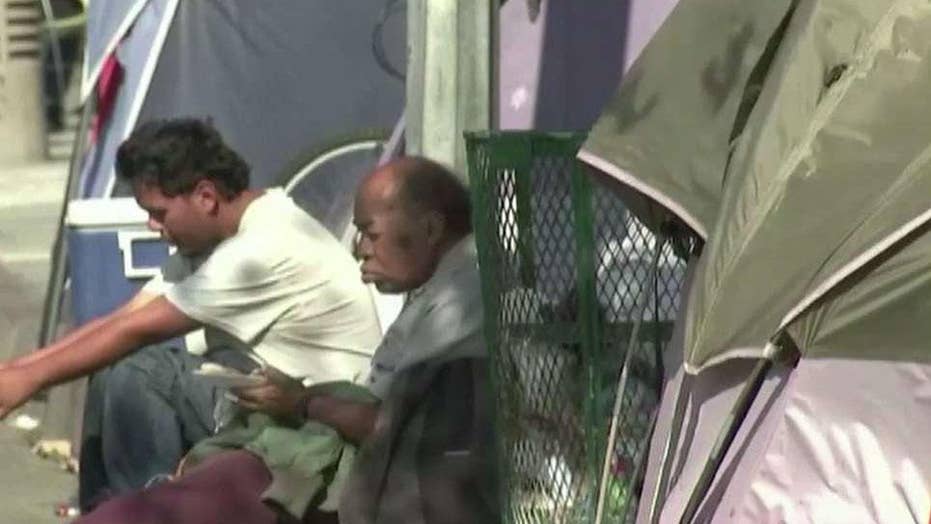 How does California's wealth gap play a role in the state's homeless crisis?

The beach parking spots along the Pacific Coast Highway in Malibu are open to the public, but the paper asked, “Does public access mean someone can stake out a parking spot...overlooking the beach indefinitely?”

At least 81 vehicles were tallied in last month’s homeless count of Malibu up from 61 last year.

While it’s a small percentage of people living in their cars in Los Angeles County, those residing on the highway in Malibu are both taking up coveted parking spots and hurting the environment since some are dumping their septic tanks on the road and into storm drains, the board wrote.

DR. DREW PINSKY HITS ADAM SCHIFF ON HOMELESS CRISIS IN HIS OWN DISTRICT: 'HE'S ASLEEP AT THE WHEEL'

The city of Malibu has proposed restricting overnight parking near Las Tunas Beach and Malibu Pier to deter the homeless from staying there for long periods of time, but promises to take an “empathetic” approach to relocating residents.

The editorial board wrote they are ordinarily “reluctant to see the authorities roust homeless people from where they’re sleeping unless there’s a plan for where they should go,” but decided to support it because of the city’s “comprehensive and empathetic approach.”

They added they hope the city will find alternate parking for those living along the highway or, preferably, housing.