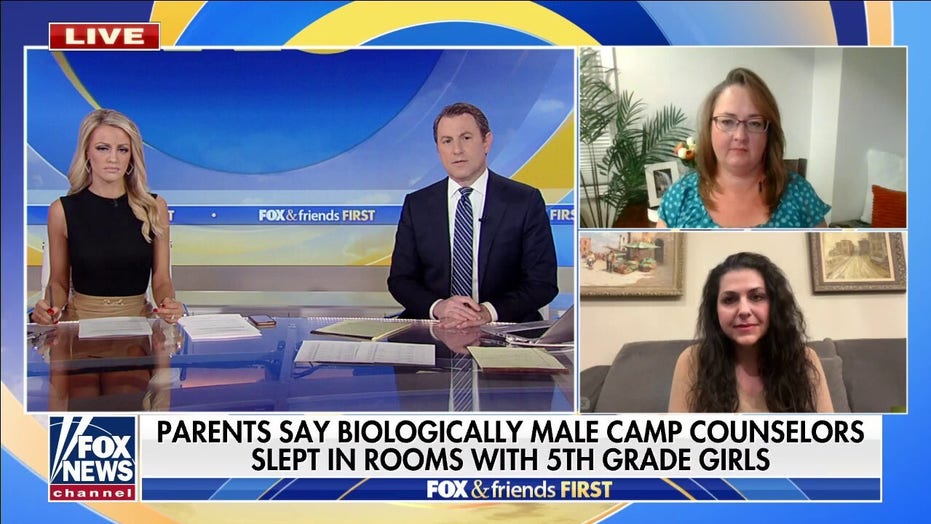 Several parents from the Los Alamitos Unified School District in California have expressed concerns with a recent four-day, elementary school camping trip to the Pali Institute — the largest outdoor education program in the country — in which nonbinary, adult counselors allegedly slept in cabins with girls between the ages of 10 and 11.

One parent is alleging that one such nonbinary counselor, or a counselor who identified as they/them, engaged in verbal abuse with a group of girls in one cabin. Andy Wexler, who has owned the outdoor program for 32 years, says staff has since addressed issues with that counselor.

Wexler also said with certainty that no girls were housed with biological males who identified as they/them, contradicting earlier stories claiming the nonbinary counselors were biologically male, based on one parent's account.

"We can tell you for sure that did not happen … as much as we can without looking down somebody's pants," he said. "[I] have two daughters myself. I would never even consider that for a hundredth of a second."

He continued: "It's just heartbreaking. I've been doing this for 32 years. I have four kids, two of them daughters. My goal is to give kids the best activities and the best opportunities and the best experiences of their life where they get … to learn, play and grow. And it just kills me after doing this for 32 years that anyone would even think that I would do anything that would endanger anyone's child. It's just devastating."

But three parents who spoke to Fox News Digital this week and last week aren't blaming the Pali Institute for their concerns. Rather, they want the Los Alamitos school district to address the issue and notify them ahead of time if their daughters will be housed with nonbinary counselors for parents' own awareness.

"My biggest problem … isn't Pali's own policy," Rachel Sandoval, the mother of a 10-year-old girl who was housed with a nonbinary counselor, said. "It's the district not making parents aware of the policy. That's my stance. … Was it inappropriate? Absolutely. But it was the fault of our district only. That is my stance."

An email from the Pali Institute to Sandoval, who has been with the school district for 13 years, says the outdoor center places "staff in the cabins they identify with" per "California state law."

Suzy Johnson, whose fifth grade daughter attended the camping trip and recounted remarks allegedly made by her counselor, said that the reason she is speaking to the media about her daughter's experience is that she feels "parents should have consented" to the counselor assignments, and she wants assurance from the school district that there will be more transparency on future school trips.

Her 10-year-old daughter alleged that her nonbinary counselor at the camp, whom she had slept in the same cabin with for the four-day trip, threatened to pull girls from their bunk beds by their feet if they got up too early, threatened to pull their braids, threatened to turn their showers off if they took longer than five minutes, "never smiled" and told the girls in their cabin that they could not talk while the girls could hear other cabins next door "laughing and talking."

The counselor also allegedly told girls that they shaved their head with a friend because they "thought it was cool" and that they do not speak to their parents anymore, Johnson explained.

Wexler said Pali follows "every single rule," and its staff does not "verbally abuse campers." He added that the camp takes "every account seriously" and that Pali interviewed the counselor in question after receiving complaints following the Los Alamitos trip.

Johnson, Sandoval and Grace Johnson, who also has a fifth grade daughter who attended the trip, also took issue with the way the camp counselors went about discussing gender pronouns.

When counselors first introduced themselves to kids at the camp during their trip in January, they apparently said their names and pronouns, telling campers that if they did not understand what the pronouns meant, they could talk to counselors about it, Sandoval alleged.

"I just know that my daughter — when I picked her up, she was really upset because when they first got there…counselors said their name, where they're from, what their favorite animal is — which is something kids can relate to — and then whether they identify as a pronoun. … My daughter is not ready to think about that stuff. She's in fifth grade, 11 years old, learning about science, taking astronomy classes" Johnson said.

Sandoval said that while she understands California state law requires employers to recognize their employees under their preferred pronouns, it does not require adults "to introduce and … explain the gender spectrum to 10-year-olds," Sandoval said.

Parents have reached out to Superintendent Andrew Pulver, Deputy Superintendent Ondrea Reed and their respective principals asking them for dialogue.

"Parents started addressing this within the schools immediately upon return from Pali" in January, Sandoval explained. "As soon as some of the kids started telling their parents, it was taken to the schools. And then it was also shared with parents from the second set of classes that were going [on the trip]. And there's a three-day gap there."

One parent going into the second trip expressed concerns about what she was hearing from other parents to Deputy Superintendent Ondrea Reed, who told that parent in an email that she had spoken to three principals, and none of them had heard any concerns from parents.

Reed did not immediately respond to an inquiry from Fox News Digital.

"[T]hey knew that there were rumblings with parents prior to those three days before they sent another 300 kids off," Sandoval said.

The Los Alamitos School District said in a statement that it is "aware of community and parent concerns related to the 5th Grade Science Camp trip to Pali Institute Outdoor Education."

"The District takes all complaints and concerns seriously and is currently investigating concerns. We have been in communication with families impacted and, when available, an update will be shared with those families," a spokesperson said.

In a Tuesday email to parents, Superintendent Pulver said Pali "complied with legal requirements in ensuring individuals participated in sex-segregated facilities in accordance with their gender identity."

Wexler emphasized that the Pali Institute is accredited by the Western Association of School and Colleges and the Association for Experiential Education, and the goal of the program is to teach children about outdoor experiences and leadership.

"We'll teach kids how to dissect a squid. We'll take kids on nature hikes. They'll learn how to build shelters. They'll learn how to identify different trees and plants," he said. "It's really about teaching kids about the love of nature. The point of outdoor education is to help people grow. It's certainly not to traumatize anybody. … That's not why we're in business."

"Pali Institute’s priority is and always has been to ensure the health, welfare, and safety of its students, with strict rules and guidelines that govern staff interaction with students," the statement said.