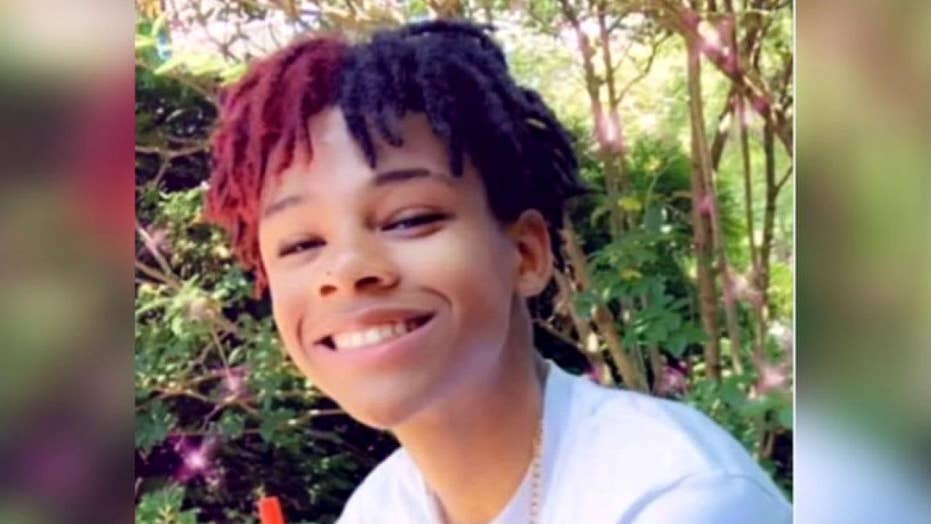 After-school brawl over a girl turns deadly in New York.

Seven Long Island teens were arrested Friday on gang assault charges in connection with the fatal stabbing of a high school student that was recorded by onlookers earlier this month.

Earlier this week, Tyler Flach, 18, of Lido Beach, L.I., was charged with second-degree murder. He is being held without bail.

Police have said between 50 and 70 teens watched the bloody brawl, and several recorded the fight on cell phones while doing nothing to help Morris.

The victim’s sister told Newsday that she was comforted by the additional arrests.

“People cannot do this to someone so good and think there’s not going to be any kind of justice,” Keyanna Morris, 30, told the paper.

They all pleaded not guilty to second-degree gang assault at their arraignment Saturday in Hempstead.

Two 16-year-olds also were charged with gang assault but were not named by police because of their age. Scott Gross, an attorney for one of the 16-year-olds, said his client “played no role” in the killing.

Detective Lt. Stephen Fitzpatrick said at a news conference Saturday the fight at a strip mall near Oceanside High School started because Morris was with the ex-girlfriend of one of the suspects.

Fitzpatrick said the suspects all took part in the attack on Morris.

“Each one of them had an active role,” he said. “They came with the intention to seriously hurt him. Khaseen got killed as a result.”

“It’s the first step toward justice,” Fitzpatrick said of the arrests, according to WPIX-TV.

Morris’ funeral was being held Saturday.