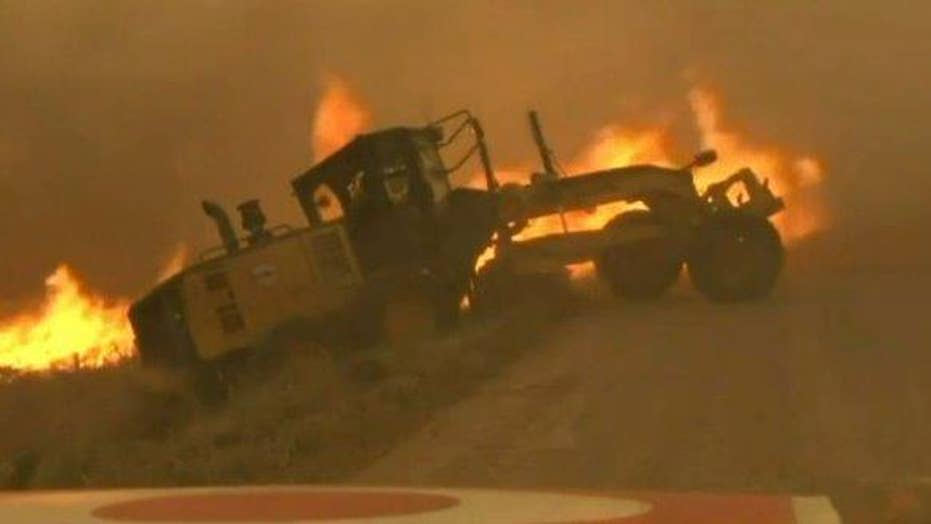 A local news team's storm tracker and his wife rescued a man from a raging fire in Oklahoma Tuesday while the camera rolled, according to News 9.

Val and Amy Castor were tracking the wildfires when he saw the man inside a road grader, and realized the worker was not going to make it out of a ditch.

The man jumped into the Castors' truck right before the fire spread to the grader.

Val Castor said they could feel the heat from the fire when they pulled up to the grader, and floored the truck once the man jumped in.

"God was watching out of us, for sure," he added.

Acres Burned by Wildfires in the United States in 2015 | WeatherDB