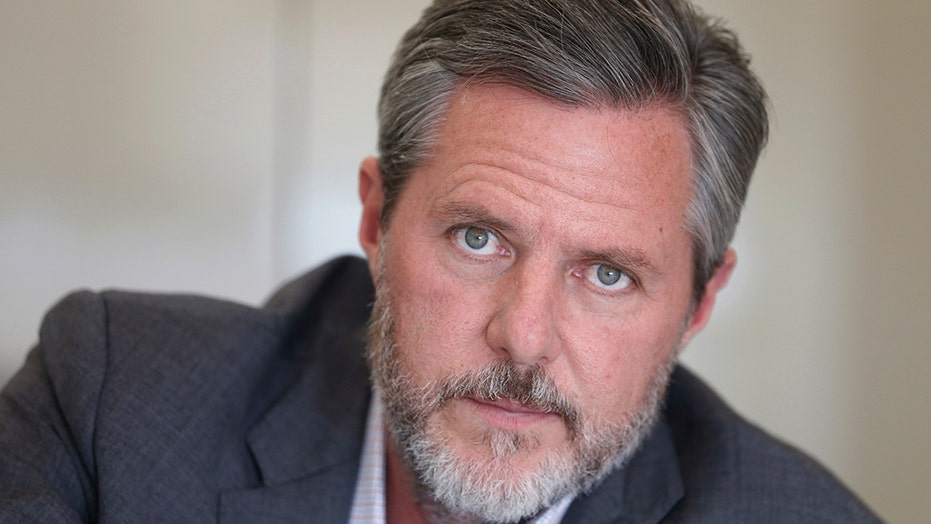 Liberty University in Virginia announced Monday that its board had chosen Jerry Prevo to serve as the acting president of the University after President Jerry Falwell Jr. was placed on indefinite leave after a controversial photo.

Prevo, a former pastor at a Baptist church in Alaska, has served as chairman of the school's board of trustees since 2003, Liberty said in a news release.

“I want to thank my fellow board members for having confidence that I could be entrusted with the responsibility of serving as the Acting President during this time of Jerry Falwell, Jr’s indefinite leave of absence,” said Dr. Prevo. "Please pray for us as well as the Falwell family as we embark on our academic year and so we may continue to be united in our common purpose and our faith in Christ."

Former Liberty University president Jerry Falwell Jr., poses during an interview in his offices at the school in Lynchburg, Va on Nov. 16, 2016. (AP Photo/Steve Helber, File)

Falwell recently drew the ire of conservatives, including Rep. Mark Walker, R-N.C., who called for his resignation after images surfaced of him on a yacht with his arm around a woman and their pants unzipped.

“None of us are perfect, but students, faculty, alumni and @LUPraise deserve better,” he continued.

The university announced in a brief statement Friday that Falwell was taking a leave of absence. The former Liberty University president had apologized for the photo while adding that the picture was “just in good fun.”

“I’ve apologized to everybody,” Falwell said in an interview last week with Lynchburg radio station WLNI.

He said that the woman in the photo was his “wife’s assistant” who was on the trip with them.

“She’s pregnant, so she couldn’t get her pants up,” he said in the interview. “And I had on pair of jeans that I hadn’t worn in a long time so I couldn’t get mine zipped either. And so I just put my belly out like hers.”

“She’s my wife’s assistant and she’s a sweetheart, and I should never have put it up and embarrassed her,” he continued.

Falwell led Liberty University since 2007, when he took over the position from his father, the late Rev. Jerry Falwell Sr., who founded the school. He is a key figure in the evangelical Christian community and helped garner support for President Trump during his campaign.

Prevo will assume the role immediately and expects to work from the Lynchburg campus starting next Monday.