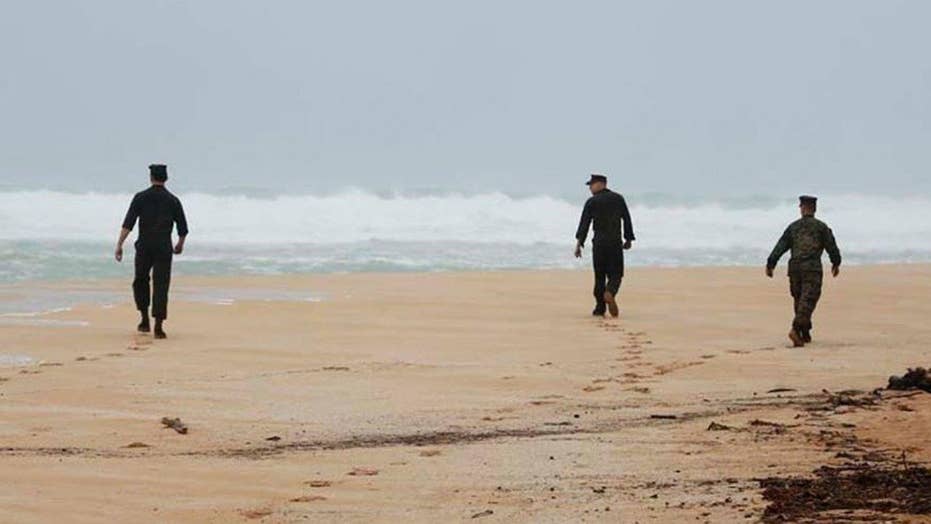 Debris found in the search for missing Marine choppers

HONOLULU – A Marine general fired the commander of a Hawaii helicopter squadron days before two of the unit's helicopters crashed and killed all 12 Marines on board.

Butterfield said in a statement he wouldn't release further details because they may become relevant to ongoing investigations.

Pavelka was relieved on Jan. 11. Two aircraft from the squadron crashed on Jan. 14. The 12 men aboard haven't been found. Pavelka was replaced by Lt. Col. Eric Purcell, who spoke at a Jan. 22 memorial for the Marines.

The firing was first reported by the Marine Corps Times. Pavelka declined to comment when reached by telephone.

"The relief of a commander is never an easy decision; however, the commanding general decided this action was in the best interest of the Marines and sailors of Marine Heavy Helicopter Squadron 463 and the Marine Corps," the statement said.

The two helicopters crashed off Oahu's north shore shortly before midnight. Rescue crews spotted debris 2 1/2 miles off of Oahu hours later. The five-day search spanned from the western coast of Oahu to the northeast corner of the island.

All four life rafts from the helicopters were found but they were empty. There was no indication anyone had been on any of the rafts, based on their condition and the lack of any personal effects, the Coast Guard said.

The Coast Guard initially reported that the choppers had collided, but the Marines said later it wasn't yet known if there was a collision. The cause remains under investigation.