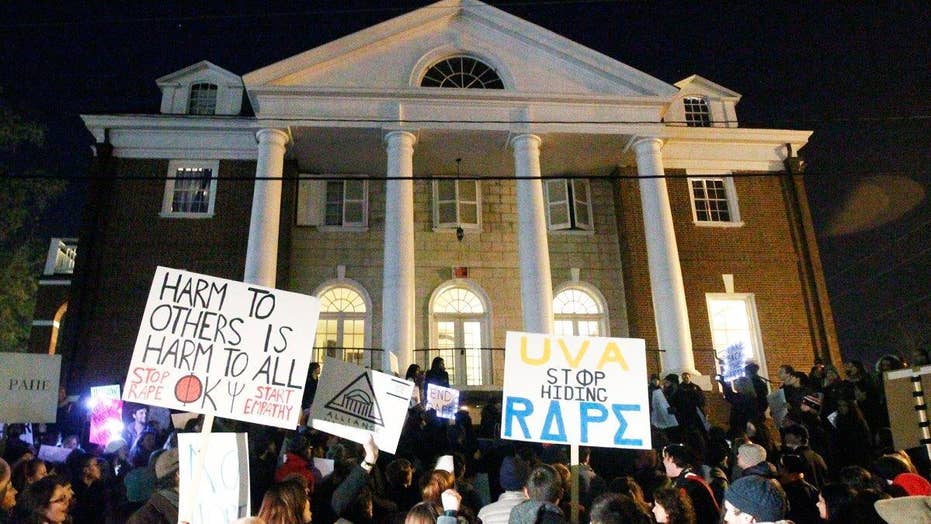 Attorneys: 'Jackie' could be re-traumatized by testimony

The former University of Virginia student who said she was gang raped in a Rolling Stone story that was later discredited is trying to cancel a deposition for her testimony, claiming she will be “re-traumatized” if forced to recount her ordeal.

The student known as Jackie would face questioning by lawyers for a UVA administrator who says the Rolling Stone article defamed her, The Washington Post reported this week.

Rolling Stone retracted the 2014 story “A Rape on Campus” about the encounter at the Phi Kappa Psi fraternity after an independent review blamed the magazine for a "journalistic failure."

“Forcing her to revisit her sexual assault, and then the re-victimization that took place after the Rolling Stone article came out, will inevitably lead to a worsening of her symptoms and current mental health,” Jackie’s attorneys said in court papers asking a judge to cancel the deposition, the Post reported.

The deposition is scheduled for April 5.

But lawyers for UVA associate dean Nicole Eramo countered that Jackie is a “serial liar” who concocted her talk of sexual assault to woo a male UVA student she wanted to date.

“There is no evidence whatsoever that the story that Jackie told her friends, or the very different story she told Rolling Stone, actually transpired,” Eramo’s attorneys wrote, according to the Post. “Instead, it appears that Jackie fabricated her perpetrator and the details of the alleged assault.”

Eramo claims she was falsely portrayed as callous and indifferent in the article. She is seeking $7.5 million in damages.

The Post reported that attorneys for Rolling Stone and the journalist who wrote the article, Sabrina Rubin Erdely support deposing Jackie in the case.

The fraternity is suing Rolling Stone in a $25 million lawsuit.