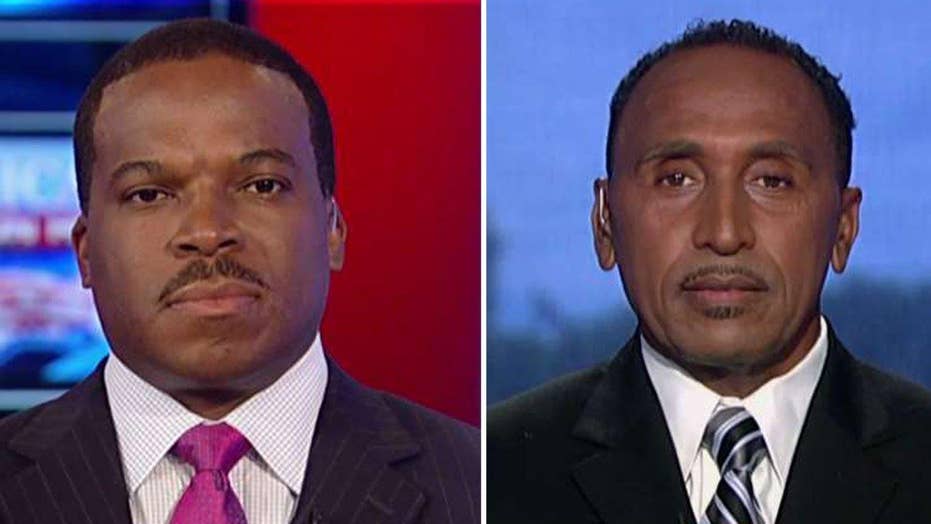 Should the Charlotte police shooting video be made public?

Panel debates the decision not to release the video

The attorney for relatives of a black man shot and killed by a Charlotte police officer called Thursday for peaceful protests  after a night of violence and looting in North Carolina's largest city.

When asked if the video supported the police version of the shooting, the family's attorney said "no comment."

Charlotte Police Chief Kerr Putney has said that Scott refused commands to drop a gun before he was shot Tuesday; residents say he was unarmed. Putney also says the video does not definitively show whether Scott pointed the gun at anyone.

The family did not attend the news conference because they were still grieving, the attorney said.

It was not clear if or when the video would be made public. Putney has said that the video shouldn't be released while the investigation is ongoing. Bamberg appeared to agree with the chief, saying that the family was worried about the emotional impact the video might have.

A North Carolina law taking effect next month would block the release of police body and dash camera footage except by a court order.

Officials are trying to head off a third day of violent protests in Charlotte. Dozens of people have been injured in melees between rioters and police, including one man who was shot and critically injured Wednesday night.

"[The Scott family] does not agree with rioting or innocent individuals being injured and killed," Bamberg said Thursday. Addressing the protesters, he then added "Feel free to voice your opinion. Feel free to speak up against the things that you see as injustice."