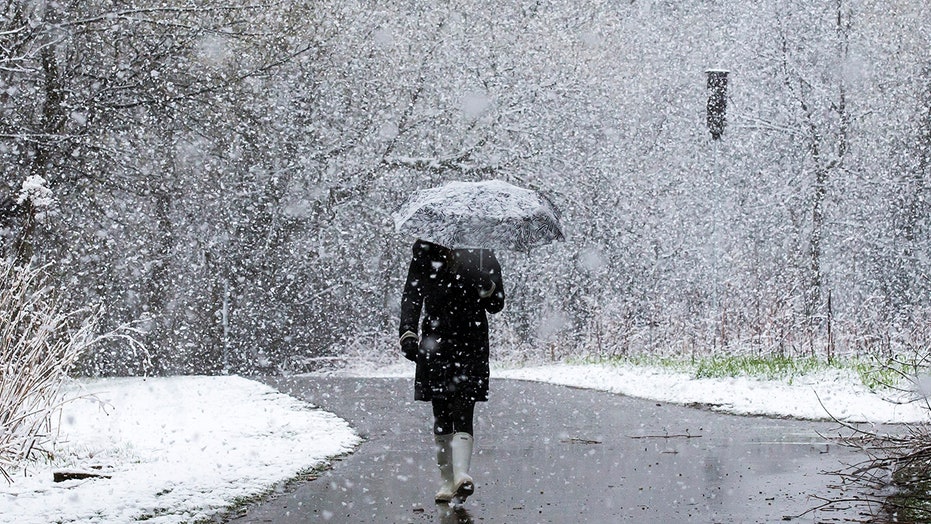 Chicago faces 3 to 8 inches of snow on Saturday in what could mark a historic amount this late into the season.

Temperatures are expected to stay around the mid-30s, creating conditions for snow when combined with rain from Nebraska and Iowa. The National Weather Service (NWS) issued a winter storm warning effective from 1 p.m. CDT on Saturday to 1 a.m. CDT on Sunday with Dupage, Kane, and Cook Counties as the areas primarily affected.

"Total snow accumulations of 3 to 8 inches will be possible by this evening, with the highest amounts across northern portions of Kane, DuPage, and Cook counties," the NWS advisory read.

"Snowfall rates of 1 to 2 inches per hour will be possible for a few hours this late this afternoon into early this evening. Accumulations of 1 inch or less are expected across portions of southern Cook County. Northeast winds will also gust as high as 35 mph late this afternoon and evening."

Affected areas could experience a hard freeze as overnight temperatures may reach the low 20s. The NWS indicated that residents should avoid travel but if necessary, to bring an extra flashlight, food, and water in their vehicles.

The area usually doesn't get much snow after March 17 and while the windy city's last April snowstorm happened on Palm Sunday, that was an anomaly. The last time it experienced such a heavy snowfall was on April 14, 1967, when it got 5.4 inches.