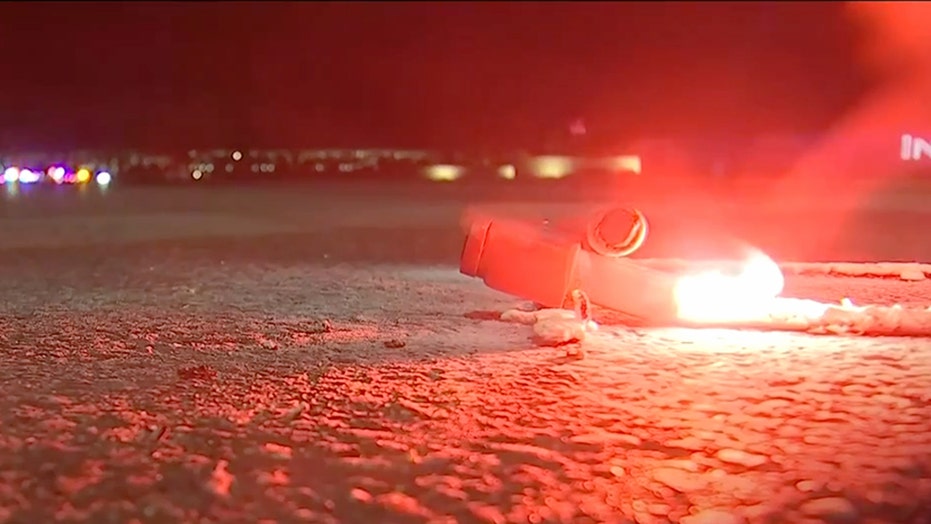 Two people were killed and three others were injured on Saturday night after small private plane crashed near a Nevada airport, investigators said.

Around 8:15 p.m. on Saturday, the single-engine Beechcraft Sierra plane, carrying four people, crashed right after takeoff from Henderson Executive Airport, which is about 25 minutes from Las Vegas, the Federal Aviation Administration (FAA) told Fox News. The crash unfolded about half a mile south of the airport, an FAA spokesman said, adding that the plane, made in 1977, caught fire after it crashed.

One person died at the scene and another died at a hospital, investigators said. They declined to release the names or ages of the victims.

Two people were killed and three others were injured on Saturday night after a small private plane crashed near a Nevada airport, investigators said. (KVVU Fox 5)

Three people were hospitalized; two remained in the hospital in serious condition Sunday, Fox 5 in Las Vegas reported. The third person who had been hospitalized, apparently a good Samaritan, reportedly suffered from smoke inhalation.

The plane had a mechanical issue and turned around in an attempt to land when it crashed, The Las Vegas Review-Journal reported, citing a Henderson spokeswoman.

The propeller plane, which reportedly was registered to a flight school in Southern California, was bound for Gillespie Field Airport in suburban San Diego, officials said.

The FAA and National Transportation Safety Board (NTSB) ware investigating the cause of the crash.

The NTSB, the lead investigative agency, was expected to have an investigator at the scene Sunday, according to a statement it sent to Fox News.

Holloway told Fox News a preliminary report should be made available within the next two weeks but the exact cause of the crash will be released once the investigation was complete, which could take up to two years.

Less than 14 hours after the deadly plane crash had been reported, officials said another small plane made a hard landing at Henderson Executive Airport.

The plane sustained minor damage and no injuries have been reported, according to the Henderson Fire Department.