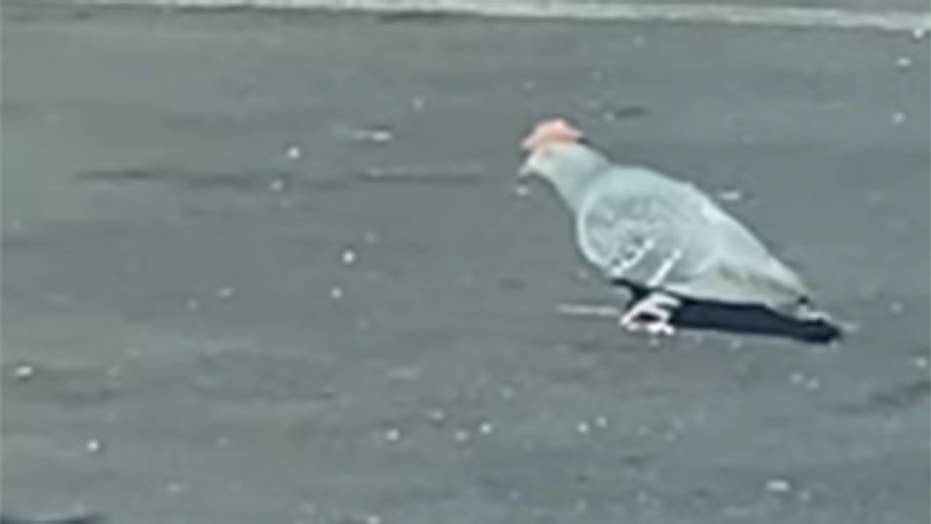 Pigeons wearing cowboy hats are spotted in Sin City, with some speculating that it may be because the rodeo is in town.

Pigeons donning tiny cowboy hats have been spotted in the Las Vegas area — and animal rescuers are searching for the culprit responsible for dressing up the small birds.

The animals first appeared in a video taken on Thursday in which they're walking around normally, but with little cowboy hats on their heads, and no one seems to know who's dressing up the pigeons or where the hats are coming from.

Another bird, dressed to the nines in a hat, was filmed in a second video, posted online Monday.

Mariah Hillman, who operates a Las Vegas-based pigeon rescue called Lofty Hopes, told KVVU-TV that at first, "I was like, 'Oh my god, that's cute'" before backtracking and asking herself, "Wait a minute — how did they get those hats on there?"

"Did they glue them? And what does that mean for them?” Hillman said. "Is it something that's going to impede their flight or attract predators?"

The animal rescuer said her team is trying to track the pigeons down to remove the hats. Hillman said her group spent several hours on Sunday asking around for information about the pigeons.

"If you see these birds, just feed them until I get here. I'm only 3 miles away and I'll come trap them," she said.