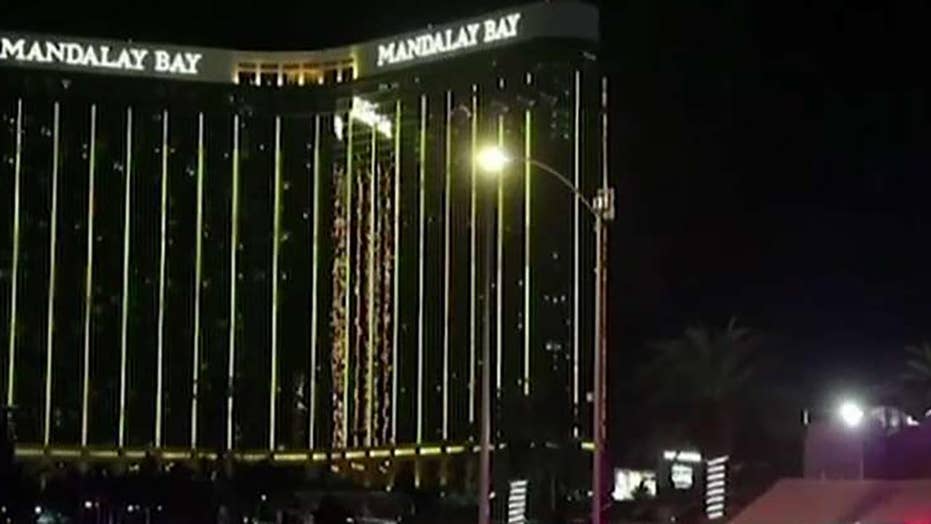 A woman who suffered spinal injuries after being shot in the back has become the 59th casualty of the 2017 mass shooting.

The death toll for the 2017 Las Vegas massacre rose to 59 last week after a woman in Southern California succumbed to injuries suffered two years ago in what had already been deemed the deadliest mass shooting in modern American history, according to reports Monday.

Kim Gervais, 57, of Jurupa Valley, Calif., died on Friday after she was rushed to Redlands Community Hospital, the San Bernardino County coroner confirmed in a statement. She was shot in the back and suffered spinal injuries on Oct. 1, 2017, when a gunman fired down into the crowd at the Route 91 Harvest Music Festival in Las Vegas, Riverside, Calif.'s The Press-Enterprise reported. Gervais was the 59th person to die as a result of the mass shooting. More than 400 people were also injured.

Family told F0X 12 Oregon that Gervais was paralyzed from the neck up. Her heart stopped as a result of the stress on her body from the injuries she suffered, Dena Sarvela, Gervais’ sister from Washington state, told the station. Gervais had scrap metal lodged inside of her as a result of “exploding bullets,” according to her sister.

“It took almost a year before she was able to transport out to go back home to California, that was rough,” Sarvela said. “She lost her zest for life because of it, because of the shooting, because of her injuries that she sustained. It was hard to be that same person, that we all know and love.”

Outside Las Vegas' Mandalay Bay resort after the massacre on Sunday, October 1 that left 59 people dead, and more than 500 hospitalized. (Reuters)

Gervais was a mother to two daughters. Her husband died in 2008 and she operated a small business alone, according to her sister.