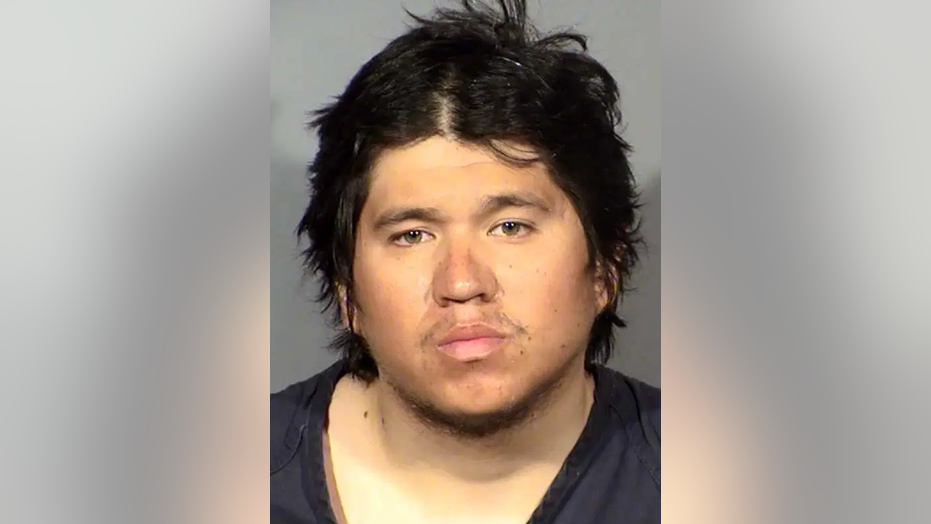 A second suspect has been arrested in connection with a vicious beating of an unconscious man at a Las Vegas bar in February, police said, according to a report.

The victim was sucker-punched with brass knuckles and then repeatedly kicked in the head, authorities said.

Abdon Luna-Sandoval, 24, of Las Vegas, was arrested Aug. 27 in connection with the attack, which occurred about eight miles northeast of the heart of the Las Vegas Strip, the Las Vegas Review-Journal reported.

The other suspect, Billy Barron, 26, -- also of the city -- was arrested soon after the incident, the report said.

According to the arrest report, both suspects had been playing pool when the victim asked to use the table when they were done, leading to an argument.

Barron then allegedly punched the man from behind using brass knuckles, knocking him unconscious, the paper reported.

As the victim was on the floor, Luna-Sandoval allegedly proceeded to "kick/stomp [the victim] approximately five times on the head and the neck." police said, citing surveillance video of the incident.

The unidentified victim was taken to a hospital with multiple injuries to his head, the Review-Journal reported.

CHICAGO MAN, 18, HELD IN STABBING DEATH OF WALGREENS STOCK CLERK, A MOTHER OF 2

Luna-Sandoval was charged with conspiracy, battery with use of a deadly weapon with intent to promote or assist a criminal gang, and battery resulting in substantial bodily harm.

Police had arrested him on suspicion of attempted murder, but Clark County prosecutors decided not to pursue that charge, according to the paper.

Meanwhile, Barron pleaded guilty to battery causing substantial bodily harm and was sentenced to a minimum of 12 months of prison, court records show.