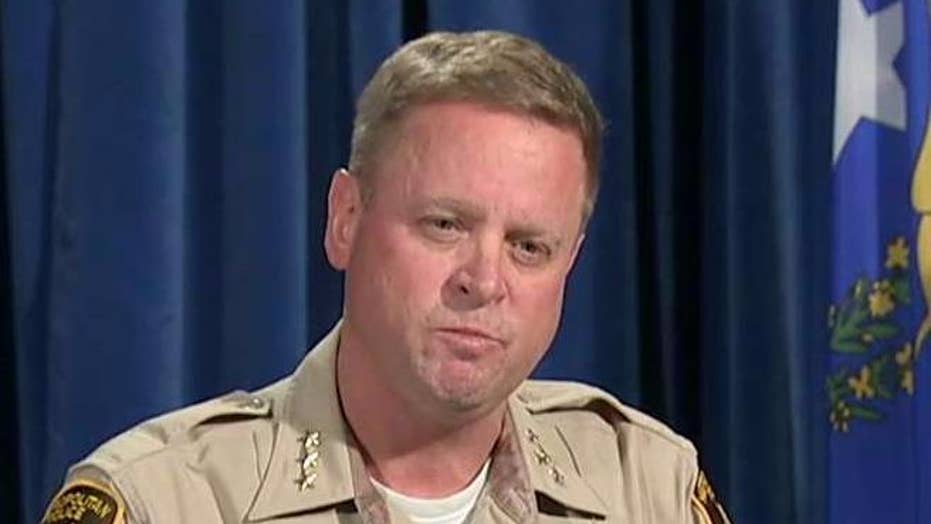 Vegas police ask for tips, not rumors, related to shooting

Authorities investigating Stephen Paddock, the Las Vegas mass killer, have yet to settle on a motive for the slaughter, but they are certain the retired accountant and heavy gambler was the sole shooter.

What they can’t confirm yet is whether anybody else knew about his planned attack before it took place.

Las Vegas Metropolitan Police Department Undersheriff Kevin McMahill said Friday in a news conference that while tips and information have helped them build a “profile into the madness of this suspect,” they still don’t know why he fired a heavy stream of bullets into a crowd of concertgoers at the Mandalay Bay Resort and Casino.

“In the past, terror attacks or mass murder incidents, motive was made very clear,” McMahill said about police examination of social media posts or evidence left at the scene. “We have looked at everything, literally, to include the suspect’s personal life, any political affiliation, his social behaviors, economic situation and any potential radicalization that so many have claimed.”

He also confirmed that investigators hadn’t found any evidence to suggest that the Islamic State was in any way responsible for the attack, despite the Muslim group’s earlier claims.

Police said they have reviewed video footage from the hotel and didn’t see anyone that they view as a suspect.

They reiterated that authorities found Tannerite, a binary explosive, in the shooter’s car but said they do not know what Paddock was planning to do with it and based on the condition it was found in, it did not resemble an IED.

They also confirmed that authorities located a missing car they were looking for, a Hyundai Tucson with Nevada plates. It was at Paddock’s house in Reno, Nev.

In a timeline of events, police confirmed that a security officer initially went up to the 32nd floor of the hotel because an alarm sounded.

LAS VEGAS SHOOTING PROMPTS POLICE ACROSS US TO RE-EVALUATE SECURITY AT HOTELS, HIGH-RISES

It was there that the security guard, Jesus Campos, came under fire by the suspect, during which he was hit by a bullet in the leg.

Campos turned back and notified his dispatch of the shooter, which McMahill said was “absolutely critical” because it gave police the exact location of Paddock.

McMahill referred to Campos as a “brave and remarkable” man who police had not done a good enough job of recognizing for his heroic actions.

Aaron Rouse, of the FBI’s Las Vegas division, also detailed a campaign authorities are launching to obtain any information people may have from before, during or after the deadly attack.

He said there will be billboards in the area reading “If you know something, say something,” with the phone number, 1-800-CALL-FBI.