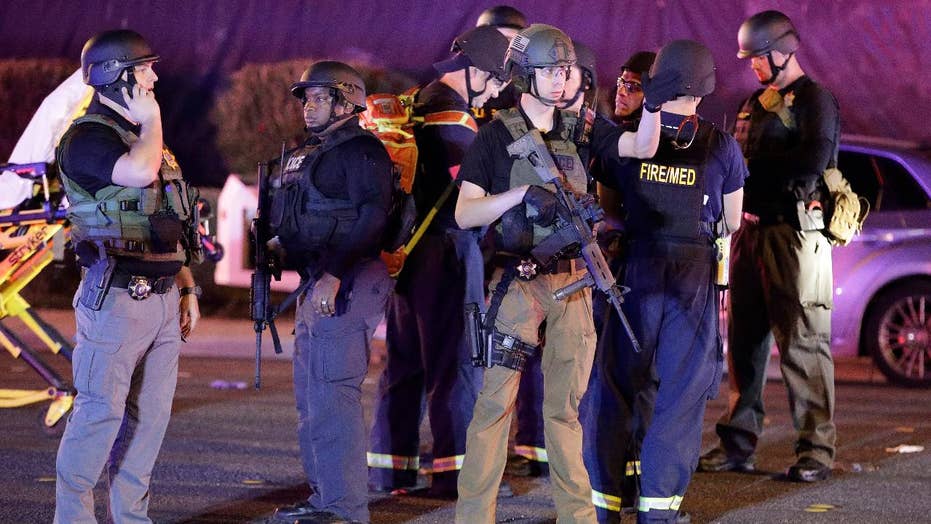 Stephen Paddock, the gunman who killed 58 people and injured more than 500 during Sunday’s massacre on the Las Vegas Strip, reportedly also took aim at nearby aviation fuel tanks during the rampage.

The Las Vegas Review-Journal, citing an unnamed source, reported late Wednesday that two holes were found in one of the two jet fuel tanks near the site of the Route 91 Harvest concert. One of the bullets penetrated a tank, but did not cause an explosion, the report said.

The report said FBI agents inspected the tanks and considered the bullet’s trajectory from where Paddock opened fire on 32nd floor of the Mandalay Bay Resort and Casino.

FoxNews.com could not immediately confirm the report. The paper reported that both the company that operates the tanks and the FBI did not comment for its report.

Clark County Sheriff Joseph Lombardo said it's difficult to believe Paddock acted alone in the attack on the audience of an outdoor concert.

Lombardo said that items confiscated from Paddock included 1,600 rounds of ammunition and several containers of an explosive commonly used in target shooting that totaled 50 pounds. But it wasn't clear what, if anything, Paddock planned to do with the explosives, the sheriff said. 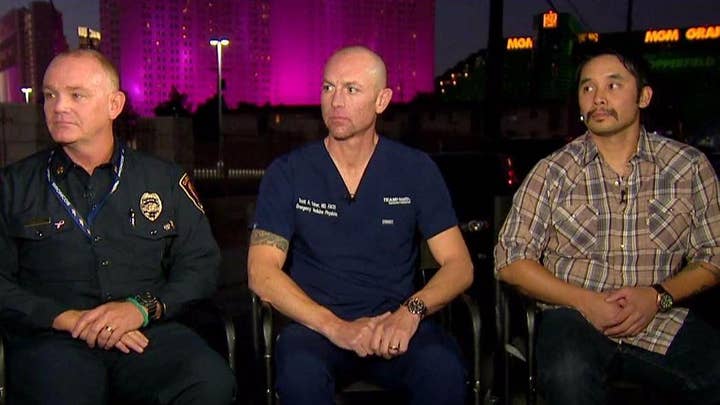 On Sept. 28, the 64-year-old high-stakes gambler and real estate investor checked into Mandalay Bay and specifically requested an upper-floor room with a view of the Route 91 Harvest music festival, according to a person who has seen hotel records turned over to investigators.

Paddock wasn't able to move into the room until Saturday, said the source, who was not authorized to speak publicly and disclosed the information on condition of anonymity.

Mike Boyd, an aviation consultant, in the meantime, told the Review-Journal that “a machine gun is not going to blow up a tank of fuel.”

“Jet fuel itself sitting there in a big wet pile is very hard to ignite. You have to be a very amateur terrorist to think anything like that.”