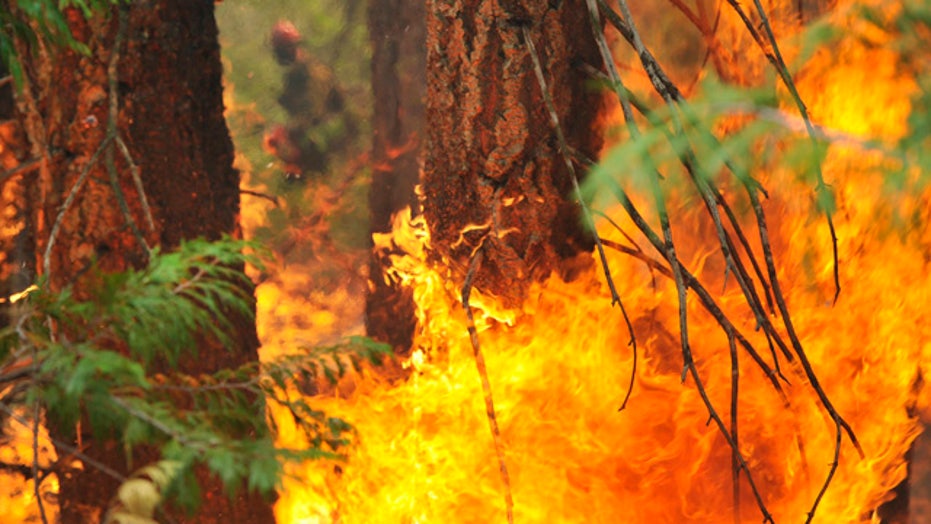 FRESNO, Calif. – A vast and stubborn wildfire that has proven California's biggest this year was expected to spew smoke through the long Labor Day weekend, leaving some campgrounds empty and prompting health warnings.

The fire burning east of Fresno grew overnight to 134 square miles. It was 25 percent contained Saturday.

The blaze is just one factor that has challenged people planning outdoor activities in recent weeks, officials said.

An infestation of bugs swarmed high-desert communities on the eastern slopes of the Sierra Nevada. In addition, an 18-day manhunt along the famed Pacific Crest Trail ended with the suspect's death.

The fire that began July 31 during a lightning strike has closed roads and about 10 campgrounds around Hume Lake and Kings Canyon.

U.S. Forest Service spokeswoman Denise Alonzo urged holiday campers to head to the mountains far south of the fire, where they can expect cleaner air and better views of nature, including some of the range's 100 groves of Giant Sequoia trees, some of the Earth's largest and oldest living things.

"We're concerned about people trying to stay in their tents and outdoors with so much smoke in the air," Alonzo said. "It's not healthy."

Smoke from the fire prompted the San Joaquin Valley Air Pollution Control District to issue a health warning to people headed to the mountains and foothills of Tulare and Fresno counties.

The district says children and the elderly are especially vulnerable. Residents on the valley floor from Merced and south to Kern County may also notice smoke into next week.

Half a dozen wildfires were burning throughout California, a relatively small number compared to the past two hot months that kept firefighters running, said Daniel Berlant, a spokesman for the California Department of Forestry and Fire Protection.

Despite the welcomed lull caused by cooler temperatures, he said fire season is entering its peak time.

Vegetation remains dry from the hot summer, and the winds pick up in the transition to fall, fanning the smallest spark.

"Conditions are still just as dry as July and August," he said. "One less spark this Labor Day weekend means one less wildfire."