John Pierce discusses the state of the Kyle Rittenhouse case and the true story of what happened in Kenosha, WI

Money was raised through a fundraising effort initiated by Rittenhouse's defense team. Calls and messages to his lawyers were not returned.

Lin Wood, one of the attorneys, thanked actor Ricky Schroder and Mike Lindell, the "My Pillow" founder and prominent supporter of President Trump, in a tweet "for putting us over the top."

Rittenhouse has spent the past two months in police custody on a slew of criminal charges, including first-degree intentional homicide. He is accused of fatally shooting Joseph Rosenbaum, 36, and Anthony Huber, 26, amid riots on Aug 25. Another man, Gaige Grosskreutz, survived being shot.

The shooting occurred in the midst of protests that devolved into riots in the days following the Kenosha police shooting of Jacob Blake, a Black man. Rittenhouse reportedly traveled to Kenosha with an AR-15 he purchased with stimulus money from his home in Antioch, Ill., less than 20 miles from Kenosha, to protect businesses from being vandalized.

No business owners had asked for his assistance. His defense team argues the teen acted in self-defense after being attacked by protesters.

Rittenhouse returned to his home after the shootings and was arrested the following day. 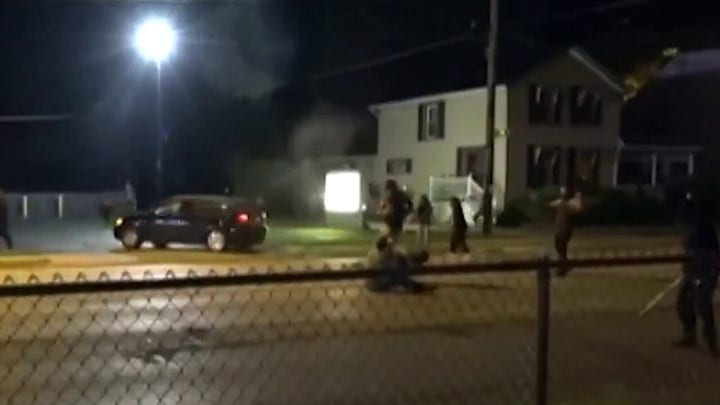 Family members of the victims requested a judge set a higher bail figure. Huber's father asked for bail to be set at $4 million.

It was unclear where the teen will stay pending his trial. He was extradited to Wisconsin last month after his lawyers unsuccessfully tried to block the transfer. They argued that having him stand trial in Wisconsin would “turn him over to the mob."

A court hearing in the case is scheduled Dec. 3.