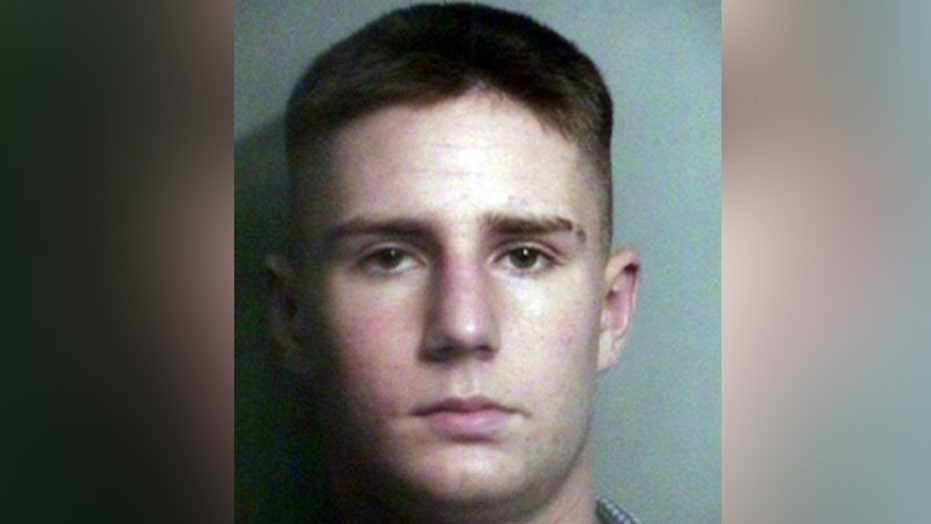 HOUSTON – A white Houston-area man was arrested Thursday on federal hate crimes charges for allegedly shooting video of himself sucker-punching a 79-year-old black man in a "knockout game"-style attack.

Conrad Alvin Barrett, 27, made a brief appearance before U.S. Magistrate Judge Frances Stacy, who scheduled a detention hearing for the Katy man on Friday.

According to prosecutors, the attack happened Nov. 24 in Katy, but it wasn't until 12 days later that authorities connected the attack to the cellphone video of it.

Authorities learned of the case because Barrett allegedly showed the video on the night of the attack to an off-duty arson investigator he had just met at a restaurant in nearby Folshear. According to the criminal complaint, Barrett asked the off-duty investigator and the woman with the investigator if they knew about the knockout game. He told them he played earlier that day, then showed them the video, prosecutors allege.

The investigator then flagged down a uniformed officer across the street and led him to Barrett.

The attack video doesn't show Barrett's face, but investigators matched his voice to the voice in the video and the couple at the restaurant told investigators that Barrett was wearing the same shorts and shoes at the person who shot the video.

According to prosecutors, the video shows Barrett approach the victim and ask, "How's it going, man?" A "loud smack" is then heard, the victim falls to the ground, Barrett laughs and says, "Knockout." The assailant then flees in his vehicle.

The victim lost three teeth and needed surgery to repair his jaw, which had been broken in two places. He was hospitalized for more than four days, authorities said.

Investigators retrieved other videos from Barrett's phone, including some in which he uses racial epithets and talks about trying to work up the courage to play the knockout game, the complaint states. In one, Barrett says: "That plan is to see if I were to hit a black person, would this be nationally televised?"

"Evidence of hate crimes will be vigorously investigated and prosecuted with the assistance of all our partners to the fullest extent of the law," Magidson said.

Barrett's attorney, George Parnham, said Barrett has bipolar disorder and has been prescribed heavy medications to treat it. He said Barrett's family "feels horribly sympathetic" for the person who was attacked.

"When you start peeling back the layers of the onion and look at the mindset behind the action you soon realize there's a mental issue," said Parnham, who added that he's trying to gather as much information about Barrett's mental health as possible.

If convicted of the hate crime charge, Barrett could be sentenced to up to 10 years in prison and fined up to $250,000.