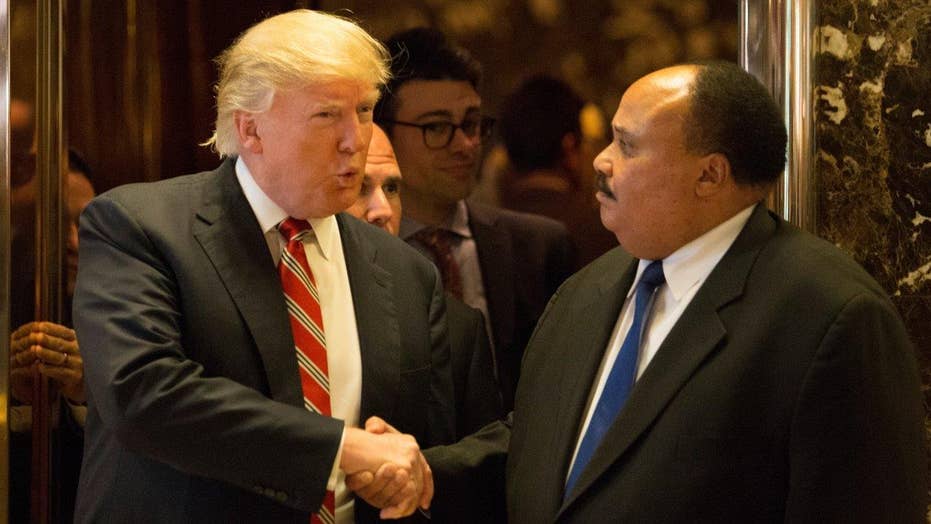 ATLANTA – Civil rights leaders and activists are gathering at sites across the country to celebrate the legacy of Martin Luther King Jr.

On the same day that Americans celebrate King's legacy, his son is scheduled to meet President-elect Donald Trump. Martin Luther King III will meet with Trump at Trump Tower in New York.

The meeting comes amid lingering tensions between the president-elect and Congressman John Lewis. Lewis is the civil rights leader who called Trump an "illegitimate president" and said he will not attend the inauguration.

Trump responded on Twitter that Lewis is "all talk" and said his Atlanta-based district is "falling apart."

In Atlanta, a commemoration at King's storied Ebenezer Baptist Church will be headlined by Vermont Sen. Bernie Sanders.