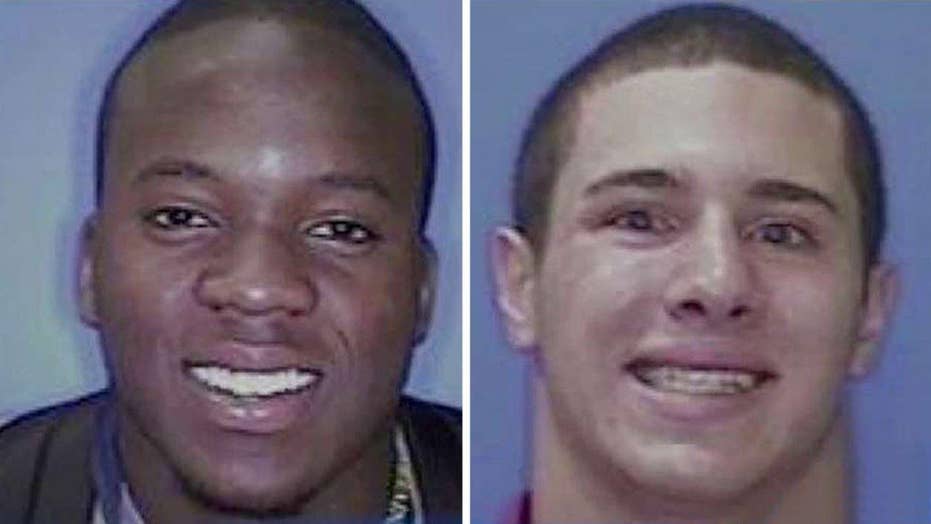 Two college students at the University of Rochester were kidnapped and held against their will for over 36 hours before being rescued by a SWAT team Sunday night, police said.

Authorities said four people were arrested after seniors Ani Okeke Ewo of Aurora, Ill., and Nicholas Kollias of Northbrook, Ill. were rescued. Both students were taken to the hospital, where investigators said one of them is recovering from a gunshot wound to his leg. Police said the injured student, whom they did not identify, was shot before their rescue operation began and suffered non-life-threatening injuries.

The Democrat & Chronicle newspaper reported that Ewo and Kollias were last seen early Saturday morning on a street near the university. They were reported missing Saturday evening under what authorities described as "suspicious circumstances."

Rochester Police Chief Michael Ciminelli told the paper that investigators discovered Sunday that the pair were being held at an address in the northeastern part of the city, approximately four miles from campus. SWAT team members entered the home at 9:20 p.m. local time and rescued both students.

Ciminelli told the Democrat & Chronicle that both students appeared to be targeted for kidnapping and said that there was no larger threat to the school. It was not immediately clear why Ewo and Kollias were kidnapped, though Ciminelli told the paper that more arrests could be made.

The chief said the four who were arrested were likely to face charges of kidnapping and assault.