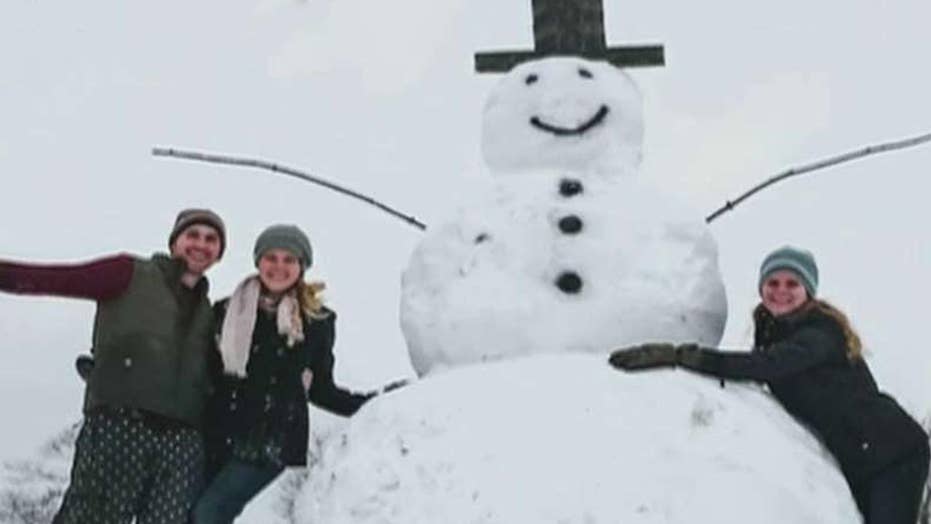 A driver in Kentucky was in for a rude awakening after they seemingly tried to run over a snowman — only to hit the tree stump underneath.

Cody Lutz built the snowman over the weekend with family in Petersburg. He told Fox affiliate WXIX-TV he, his fiancée, and soon-to-be sister-in-law were playing in the snow when they decided to construct the large "Frosty."

“We were playing in the snow, she’s from Mississippi so this is the most snow she’s ever seen in her entire life. I’m from Buffalo so this is no big deal,” Lutz said. “I love the snow!”

A driver in Kentucky was in for a rude awakening when they seemingly tried to run over a snowman — only to hit the tree stump underneath. (Cody Lutz Media)

The trio used a tree stump as the base for Frosty, and covered the exposed bark with snow.

When Lutz returned home from work on Monday, he spotted tire tracks stretching throughout his yard to the base of the snowman

“Instant karma!” Lutz told the news station, adding that someone apparently tried to run over the 9-foot-tall snowman before hitting the tree.

He said the situation was "hilarious," and added that "what goes around comes around, in good ways and bad ways. So, I guess everyone learns a valuable lesson here from Frosty.”