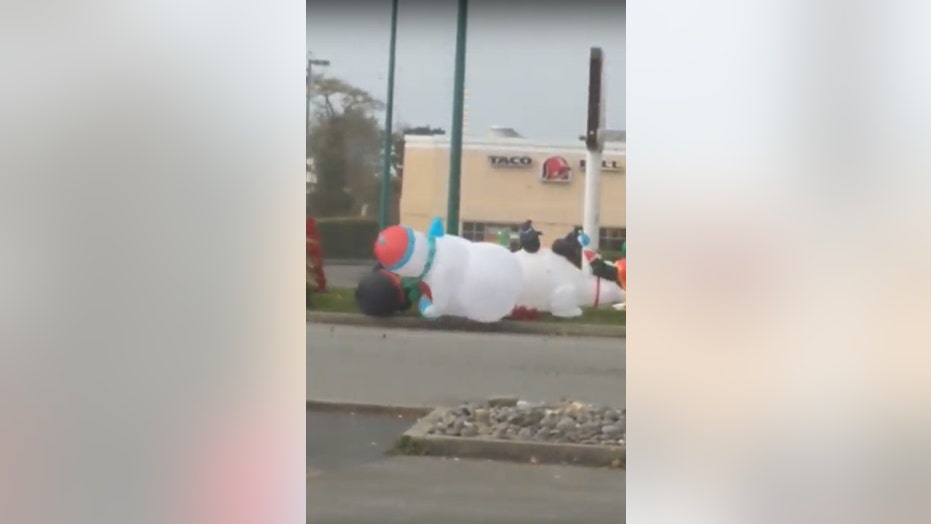 We thought snowmen were supposed to be jolly, happy souls.

Two inflatable versions got into a “serious brawl” in Brookings, Ore. — or at least it appeared that way in a funny video shared by Jenney Freeman on YouTube Dec. 14.

High winds caused the large Christmas decorations on display outside a Taco Bell in the coastal town to topple over and blow around, appearing as though they came to life that day.

The video has since gone viral, racking up thousands of comments after being shared on ABC News’ Facebook page.

“Probably global warming making them act like that," one wrote.

“Frosty the Snowman was alive as he could be...” said another.

Others joked that maybe the snowmen appeared drunk, or were attempting to get intimate on the side of the road.

“Give em a break, they been locked up for a year!” one joked.

“What it looks like when you are both drunk trying to help each other up,” another said.

“Well I guess if there’s a new snowman there next year we’ll know why.”