The Kentucky Attorney General Daniel Cameron’s office reportedly said Monday that it would release the recordings from the grand jury deliberations in the Breonna Taylor case later this week after a lawsuit was filed by an unnamed juror to make the details public.

Elizabeth Kuhn, a spokeswoman from Cameron’s office, said in an email to the New York Times that the recordings will be released by Wednesday and the office has “no concerns with grand jurors sharing their thoughts on our presentation because we are confident in the case we presented.” 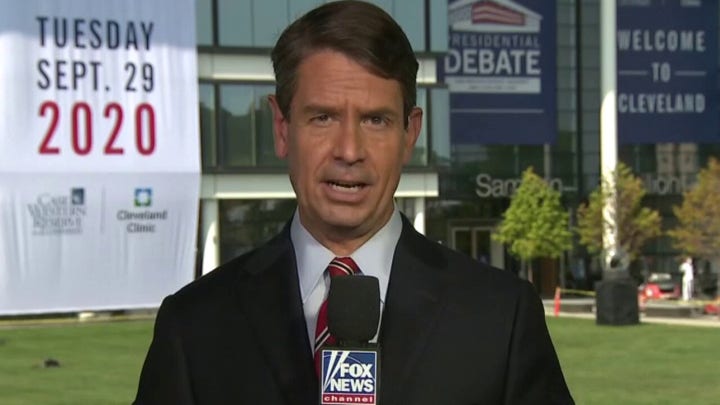 Protests have erupted in Louisville, Ky., after the grand jury declined to charge officers in the fatal shooting of Taylor, who was shot multiple times March 13 after her boyfriend fired at officers who had entered her home during a narcotics raid by white officers, authorities said. Taylor’s boyfriend said he didn’t know who was coming in and fired in self-defense, wounding one officer.

Brett Hankison -- the third officer who was fired in June --  faces charges for allegedly firing into a nearby apartment unit. He pleaded not guilty to the charges Monday.

A suit was filed Monday by the unnamed juror who seeks to remain anonymous and also requested that the jurors be allowed to speak freely about the case.

"There is compelling public interest for these proceedings to be released of a magnitude the city and Commonwealth have never seen before that could not be confined, weaving its way across the country," the court documents said. "The citizens of the Commonwealth have demonstrated their lack of faith in the process and proceedings in this matter and the justice system itself."

The grand jury’s ruling weighed heavily on protesters like Amber Brown, a central figure in the downtown demonstrations.

“It feels like we went backward,” she said Friday night. “I think people are still in shock and we’re not sure how to move forward.”