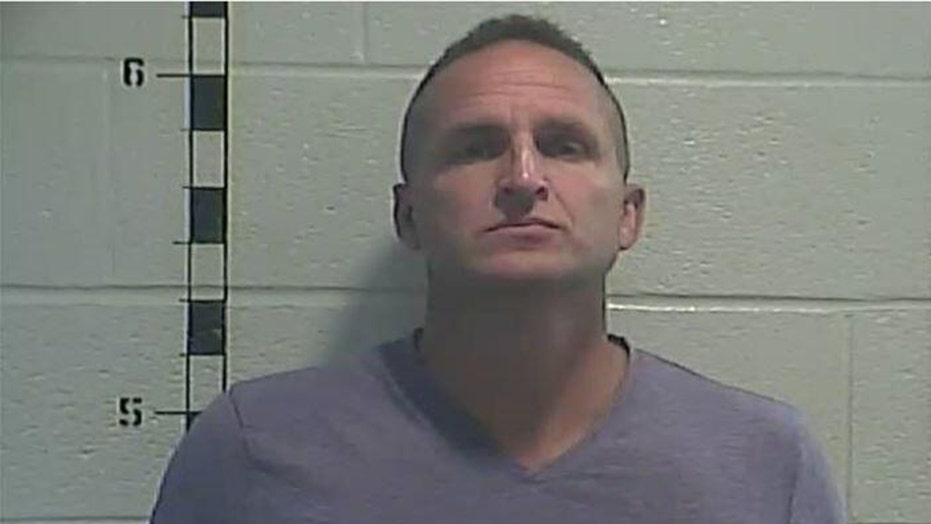 Former Louisville Metro Police officer Brett Hankison has been booked and released on $15,000 bail in connection with a botched drug raid that left Breonna Taylor dead, according to local reports.

A grand jury indicted Hankison earlier Wednesday on three felony counts of wanton endangerment for alleged “extreme indifference to the value of human life” during a drug operation at Taylor’s apartment in March.

His attorney declined to comment to local media after he was released from the Shelby County Detention Center Wednesday evening, WDRB reported.

He was arrested Wednesday afternoon and released about a half-hour later, according to WHAS 11.

Hankison, Detective Myles Cosgrove and Sgt. Jonathan Mattingly arrived at the apartment as part of a drug investigation linked to a man who did not live there and was already in custody.

After they came through the door, Taylor’s boyfriend, Kenneth Walker, opened fire. He later told investigators he was acting in self-defense and believed the men were breaking in. Attempted murder charges against him have been dropped.

Mattingly was struck in the leg. He and Cosgrove returned fire, according to Kentucky Attorney General Daniel Cameron, who said their actions were justified and that his office would not be prosecuting them.

Kentucky Attorney General Daniel Cameron addresses the media following the return of a grand jury investigation into the death of Breonna Taylor, in Frankfort, Ky., Sept. 23. Of the three Louisville Metro police officers being investigated, one was indicted. (AP Photo/Timothy D. Easley)

But Hankison is accused of firing “blindly” into the building without a threat in his line of sight, and stray bullets tore into a neighboring apartment, where a family was asleep.

An FBI ballistics examination determined that Cosgrove’s gun fired the bullet that killed Taylor, who was struck six times in the crossfire. The officers fired over 20 shots during the incident.

But the only charges handed down by the grand jury were the three against Hankison.

In a news conference following the indictment Wednesday afternoon, Kentucky Attorney General Daniel Cameron acknowledged the lack of homicide charges and argued that, “Sometimes the law, the criminal law, is not adequate to respond to a tragedy.”

He announced a new task force to look into how the state handles criminal search warrants and pledged reforms.

“When tragedy occurs, we must mourn,” he said. “We must also do everything we can to prevent it from happening again.”

But critics said the charges fell far short of achieving justice for Taylor.

“Today’s decision is not accountability and not close to justice. Justice would have been LMPD officers never shooting Breonna Taylor in the first place," Carl Takei, senior staff attorney with the ACLU’s Criminal Law Reform Project, said in a statement. "The charges brought against Officer Hankison state that Hankison violated standard operating procedures when his “actions displayed an extreme indifference to the value of human life.” The choice to bring these charges alone and so late highlights the indifference to human life shown by everyone involved in Breonna Taylor’s murder."

Kentucky Gov. Andy Beshear called on Cameron to publicly release the evidence that had been provided to the grand jury so that citizens could make up their own minds.

“He described the investigation, but he talked about information, facts -- evidence that neither I nor the general public have seen,” Beshear said. “I believe that the public deserves this information.”