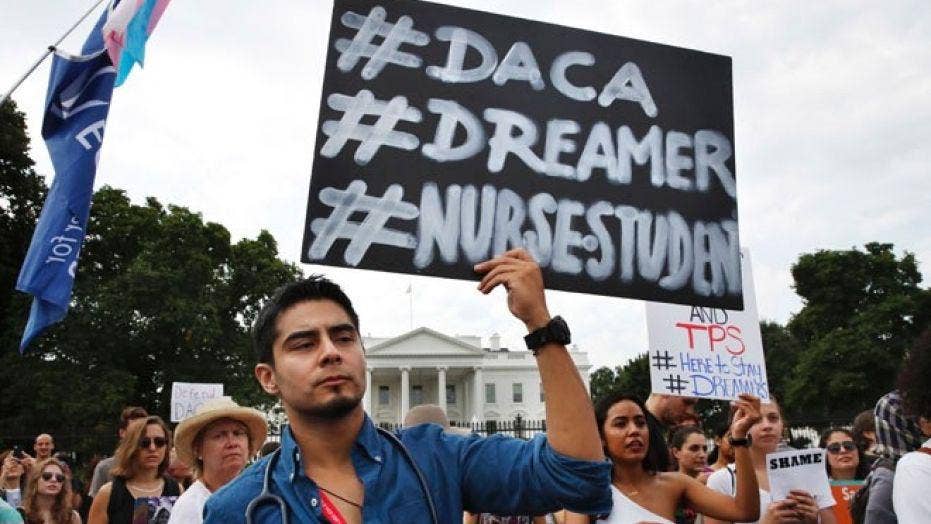 Center for Immigration Studies' Jessica Vaughan breaks down the numbers.

Allowing 2 million illegal immigrant “Dreamers” to remain in the U.S. would cost taxpayers $25.9 billion over the next decade, the Congressional Budget Office said in a report released Friday.

Dreamers are the prospective beneficiaries of the DREAM Act (Development, Relief and Education for Alien Minors), legislation introduced in the U.S. Senate earlier this year to provide a pathway to citizenship for some illegal immigrants.

They would include those who've participated in DACA (Deferred Action for Childhood Arrivals), received temporary protected status, or have fulfilled certain educational requirements.

Under the bill, immigrants who benefited from DACA would be eligible for Medicaid, food stamps, education funding, and various other programs, provided that the applicants meet certain requirements.

Of the 11 to 12 million illegal immigrants currently in the U.S., some 3.25 million would be eligible for the DREAM Act. However, the report estimates that only 2 million would apply, 1.6 million of whom would earn legal status over the next 10 years. A remaining 1 million would become citizens with that same time period, which would allow them to sponsor relatives, the report states.

The CBO estimates that the bill would increase budget deficits by $25.9 billion over the 2018-2027 period.

DACA, originally implemented in 2012 under the Obama administration via executive order, allowed individuals who entered or the United States illegally as minors to receive a two-year period of deferred action and elligibility for a work permit.

By 2017 approximately 800,000 individuals – or Dreamers – were taking advantage of DACA. The Trump administration announced its intention to ax DACA earlier this year.