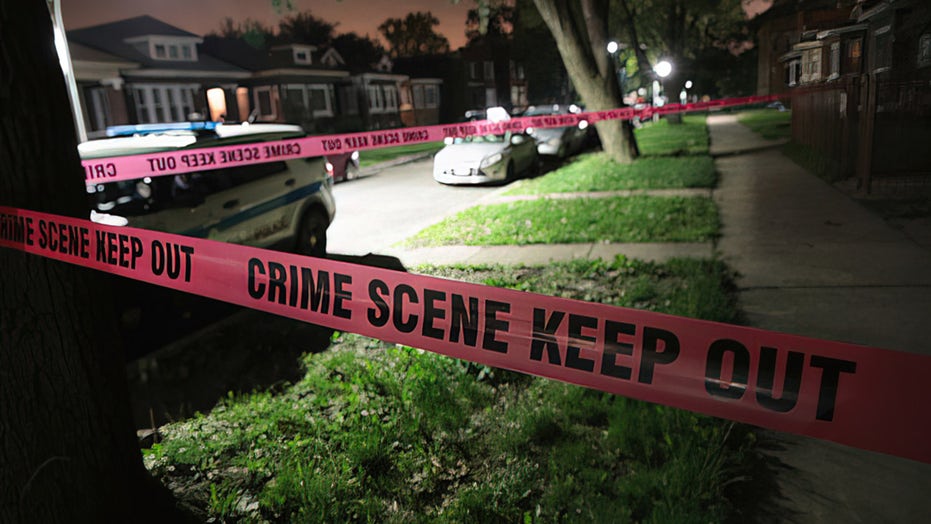 Two Kansas police officers were shot early Christmas morning by a male domestic abuse suspect who posted online about the gunfire as the events were unfolding, authorities recently said.

Malik Rogers, 24, turned the gun on himself after wounding two police officers at his Wichita apartment and barricading himself inside the bathroom early Saturday morning, Wichita police Capt. Jason Stephens told reporters later that day. Both officers were expected to survive, but Rogers could not be saved.

Police received a call at about 11:30 p.m. local time Friday and responded to a nearby restaurant, where they met with a female employee who described how she had been "physically battered" by Rogers, who was her boyfriend, Stephens said.

The woman, 22, described how earlier Friday, Rogers showed up at her home uninvited, police said. He allegedly tried getting in through a window before being let into the home by a young child.

"Once inside, he confronted her and pointed a handgun at her, essentially assaulting her with that gun," Stephens said, "and also during the course of that disturbance punched her in the face."

And on Thursday, Rogers – who was on parole for attempted second degree murder and aggravated assault – allegedly grabbed the woman by the neck and physically assaulted her, the official added.

After speaking to the victim late Friday, Wichita Police went to Rogers’ apartment with the intention of arresting him on felony domestic violence charges, Stephens said.

Police initially tried to "verbally negotiate with him to convince him to submit an arrest," but Rogers instead retreated into his home, police said.

"The officers knew going to that residence, that he was on parole, that he had committed a violent offense with a gun in the previous day," Stephens said. They continued their negotiation efforts before they began to "physically attempt to arrest him."

But Rogers, who was much bigger than the officers, was able to fight them off and retreated to the bathroom of his home despite being shocked by a Taser, Stephens said.

"One of the officers immediately forced entry into the bathroom door and was confronted by Malik Rogers, who was pointing a gun at them," Stephens continued. "Mr. Rogers discharged that firearm at the officers two times, hitting one of the officers in the right arm and the other officer in the upper right leg."

Authorities evacuated the building. After the officers retreated, a SWAT team and crisis negotiators attempted to make contact with Rogers in the hopes of a peaceful surrender, Stephens said.

As they did so, they heard "what they believed could have been a gunshot – a single gunshot."

He added: "In and around the same time, we became aware of a social media post where Mr. Rogers was essentially talking about having just shot two police officers, and a gun was visible on the live feed from that social media post."

After determining the apartment was safe, authorities moved in and tried to render aid before declaring Rogers dead.

Both officers, who have just under one year with the police department, were transported to a local hospital for serious, non-life-threatening injuries, Stephens said. Neither officer fired their weapons during their encounter with the suspect.

Police are still working to determine whether Rogers’ gun was stolen.