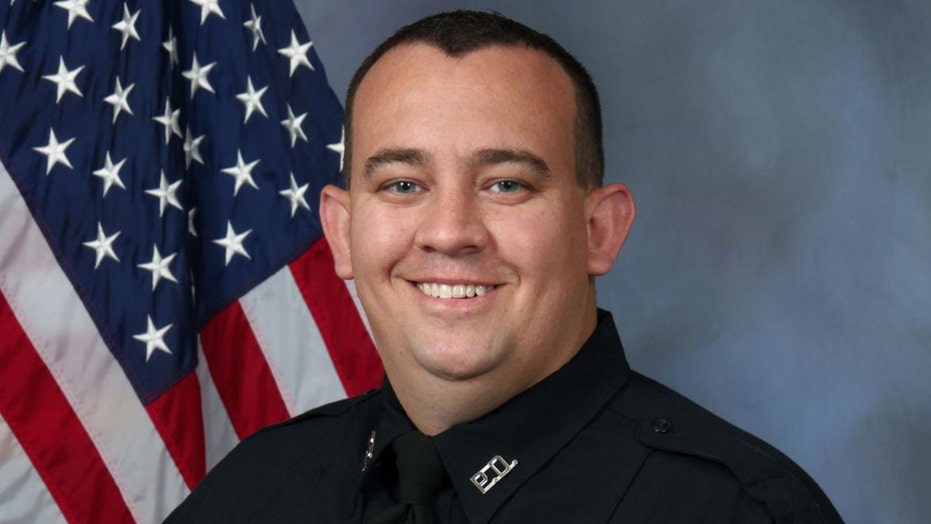 A veteran Kansas cop who was named his department’s officer of the year in 2019 was killed in a shootout with a hit-and-run suspect over the weekend.

Overland Park Officer Mike Mosher, 37, passed away Sunday evening at a hospital while surrounded by his wife and daughter, according to FOX4KC. Earlier that day, Mosher was off-duty but in uniform when he saw an apparent hit-and-run and pursued the suspect, which led to a shootout, police say.

“He did his job all the way up to the end, so I got to respect an officer like that,” Officer John Lacy, the department’s spokesperson, told FOX4KC. “He was a true gentleman. He was a wonderful officer.”

Overland Park police say the suspect – whose name has not yet been released – died at the scene. It’s not clear what led to the exchange of gunfire and further details about the hit-and-run incident were not immediately available.

Mosher had been with the Overland Park department for nearly 15 years and was named its officer of the year in 2019.

“I know that I speak for Mike when I say that he was proud to be a police officer. It's all he ever wanted to do. He loved what he did,” Police Chief Frank Donchez said, adding that Mosher was good at his job.

Mosher's death "is a tragic reminder of the enormous debt of gratitude we owe the men and women in law enforcement for protecting our communities," Kansas Attorney General Derek Schmidt said in a statement.

Overland Park is near the Missouri state line and part of the Kansas City metropolitan area. An interagency Johnson County team tasked with investigating police shootings will handle the case, Donchez says.