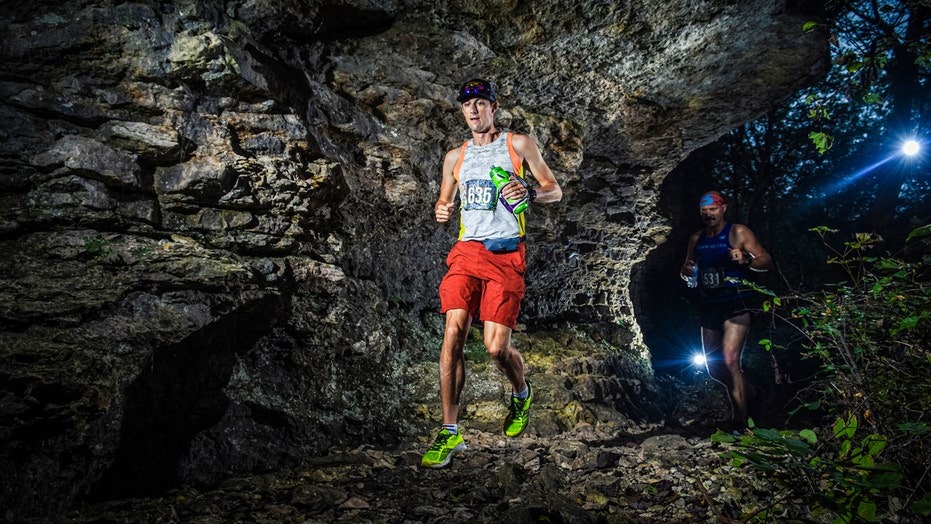 A distance runner and father of three has been identified as the victim of a fatal lightning strike in Kansas on Saturday that happened shortly before he was about to cross the finish line for a 50-kilometer race.

Thomas Stanley, 33, of Andover, was less than a quarter-mile from finishing the FlatRock 50K at Elk City State Park near the town of Independence when he was struck Saturday afternoon.

"Thomas' family says that the chances of being killed by a lightning strike are about one in a million, and Thomas was truly a one-in-a-million guy," race organizers said in a Facebook post. "Our deepest condolences to Thomas' family and all who knew this wonderful man."

Stanley was included as a finisher in the final results, even though he did not cross the finish line, because he completed a 50K distance, organizers said in a subsequent Facebook post. The results show he came in 11th out of 104 competitors, with an average pace of 13:29/mile during the 31.07-mile race.

His wife, Ashley Stanley, shared on Facebook that it was with "deepest regrets and disbelief" that she was posting the news of her husband's death.

"My heart hurts and I feel sick to my stomach. I had 15 blessed years of knowing my best friend and I was planning to have 79. Please keep our family in your prayers," she wrote. "I want so badly for him to hold me now and to feel his face on mine."

The couple had three children, the oldest just 6. In an interview with KWCH-TV, Ashley described Thomas as an amazing father who was her "birth coach" and who "became a puddle" when each of the couple's children was born.

She also said the couple's oldest child, 6-year-old Charlotte, has figured out her dad isn't coming back home.

"It's been hard to hear from her," Ashley told KWCH-TV. "She's already drawing conclusions very quickly. She has already said, 'If daddy didn't do the race, he would still be here, right?' I said, 'Yes.' She said, 'I wish daddy didn't do that race,' and I said, 'Me too.'"

The National Weather Service Wichita had warned that the region was under the threat for another round of showers and storms on Saturday, with some likely to be strong or severe. The region where the deadly lightning strike took place was under the greatest threat for severe weather, according to forecasters.

Race Director Carolyn Robinson told the Associated Press that the day started off sunny and hot before the storm struck "without warning." Stanley was hit by lightning "the moment the storm blew in." Racers, including a doctor, attempted CPR to save him.

"A lot of the participants who were there tending to him are having a very hard time dealing with this loss," she told the AP. "They did everything they could."

Based on the past 10 years, the U.S. averages 27 fatalities from lightning strikes through Sept. 29, according to the National Lightning Safety Council. The death in Kansas on Saturday was the third running-related fatality this year. Two women were struck and killed in Ohio on Aug. 30 while out on a run.