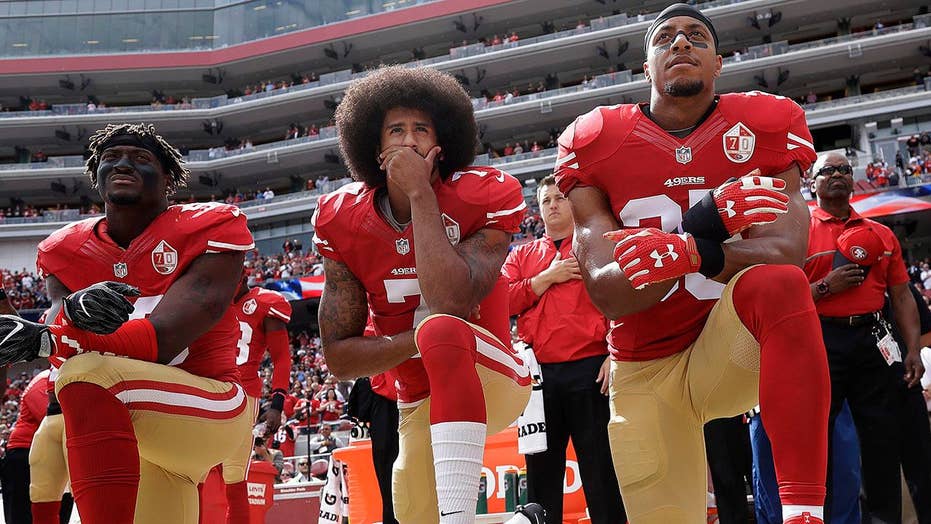 The city allowed Colin Kaepernick to make a surprise visit to Rikers Island Tuesday to meet with inmates — enraging correction officers who feel the stunt will only endanger them.

The former San Francisco 49ers star spoke to groups of inmates during two 45 minute sessions at the jail’s George Motchan Detention Center Tuesday morning where he pontificated on social justice issues and talked about his decision to kneel during the national anthem, sparking nationwide outrage.

“That’s crazy to me to have a person like Colin Kaepernick in prison talking about police brutality,” said an officer who attended the event. “It was insulting for me to be there.”

“In the inmate’s eyes, we are the police when they’re locked up.”

The morning started off with Kaepernick attending breakfast in the warden’s office before heading over to the “Peace Center” where he conducted two 45 minutes sessions with prisoners clad in gray jumpsuits.