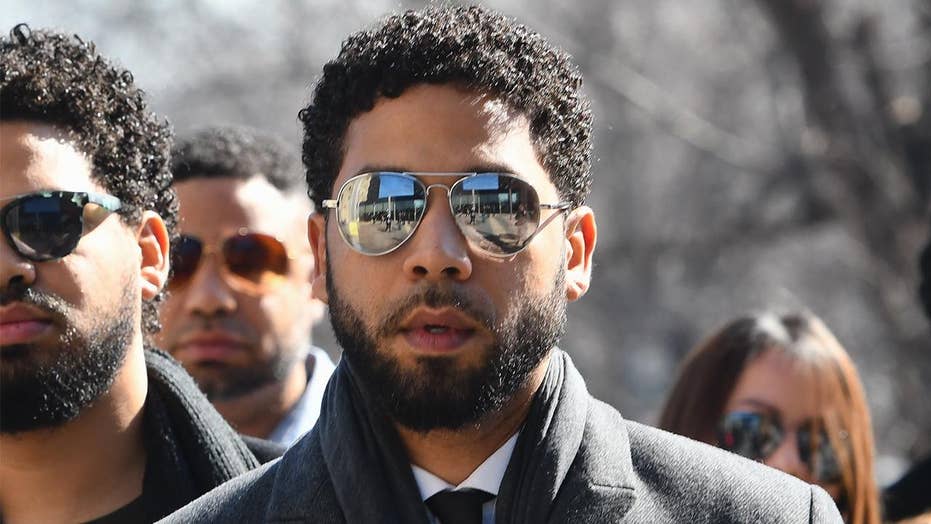 Cook County Judge Michael Toomin could rule that an out-of-county prosecutor should investigate the Smollett criminal case and why Kim Foxx's office quietly dropped the 16 felony charges against the 'Empire' star; Matt Finn reports from Chicago.

An Illinois judge on Thursday ordered "Empire" actor Jussie Smollett's criminal case file unsealed, setting up the release of a wealth of information surrounding the controversial -- and often confusing -- case.

Cook County judge Steven G. Watkins' decision came months after a dizzying set of events: First, Smollett alleged he'd been the victim of a hate crime; after an extensive investigation, Chicago cops arrested Smollett and accused him of faking the supposed attack; and then, Cook County prosecutors suddenly dropped the charges against Smollett and his case was sealed.

But not anymore -- at least, soon.

When the state attorney asked whether the office could have more time to redact personal information from the files, Watkins advised prosecutors to "act as if the documents were never sealed in the first place."

In January, Smollett made national headlines when he filed a police report alleging two masked men attacked him, put a rope around his neck and poured bleach on him as he was walking home from a fast food eatery. Smollett, who is black and openly gay, said the masked men beat him, made racist and homophobic comments and yelled, "This is MAGA country" -- a reference to President Trump's "Make America Great Again" slogan -- before fleeing the scene.

But as cops investigated the case further, they began taking a closer look at Smollett.

Smollett was arrested for allegedly filing a false police report and faced 16 counts of disorderly conduct stemming from the incident. But during a short and stunning hearing, the office of Cook County State’s Attorney Kim Foxx dropped the charges against Smollett, though his bail was forfeited.

Smollett has maintained his innocence and insisted the hate attack was real. But the city of Chicago is suing the actor in an effort to recoup resources spent investigating the alleged hoax.

Meanwhile, the brothers implicated in the incident are suing Smollett's attorneys for defamation of character.